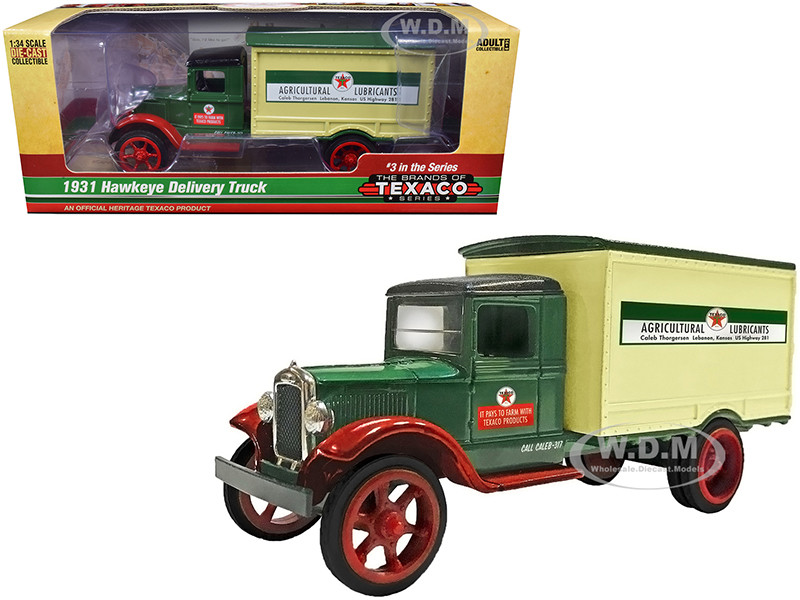 The Hawkeye Truck Company was founded in 1916 in Sioux City, Iowa. There, they began to manufacture the "Hawkeye Motor Truck," with models from 1 to 3 ½ tons and in 1926 a more powerful, 6-cylinder option was made available. Early models were made of wood, with the exception of the hood. The frame and all other component parts, aside from the purchased running gear, were built right there in the Sioux City manufacturing facility, making the Hawkeye trucks the only vehicle to ever be manufactured in that city.
Hawkeye trucks were used in industry and agriculture. Auto World's version is a replica of a 1931 Texaco Delivery Truck from Caleb's Farm Supply of Lebanon, Kansas. Not many Hawkeyes still exist today, and considered very rare.