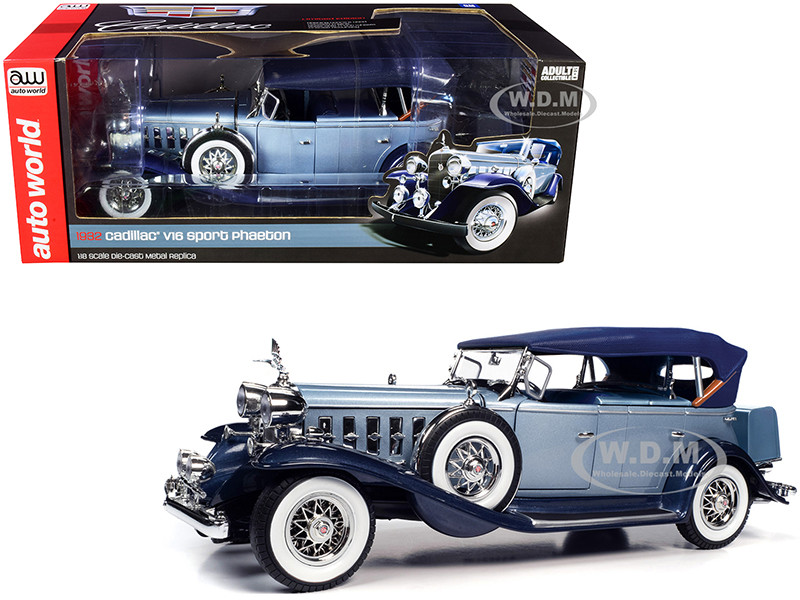 From 1930 to 1940, the Cadillac® V16 was the top-of-the-line in luxury and power. It was also the most expensive vehicle coming from  Cadillac®.  Brand new, after all the custom options were chosen, the price of a new V16 Sport Phaeton ranged around $6,500. In today’s money, that eclipses $110,000. Only 4076 total variations of the V16 were built during its 11-year production period. Incredibly, all of them were built to custom specification based on each order. The dual-windshields were an iconic design feature of the Sport Phaeton.
The V16 engine was unique. The basic structure resembled two inline eight-cylinder motors sharing a common crankshaft. Placed on 45-degree angles from each other, each half of the engine had its own fuel source and exhaust system. All that machinery and power was tamed by the use of an industry-first overhead valve setup with hydraulic adjustment. This made the car extremely quiet during operation.