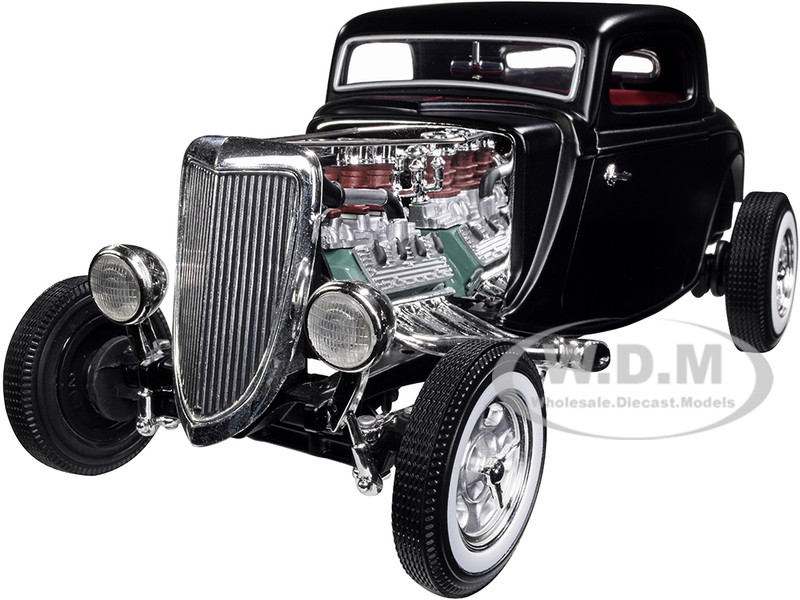 From the factory, the 1934 Ford Coupe Model 40B was available in both 5-window coupe and the rarer 3-window body style, even though nearly all of the underbody workings and measurements were identical. They could be bought in either Standard or Deluxe trim, depending the buyer’s need for personal luxury or added amenities. Under the hood of the 1934 Ford was the 221ci flat-head V8 engine with a 3.0625in bore and 3.75in stroke that produced 85hp. Ford sold a total of 28,492 units of the standard 3-window coupe and 27,956 Deluxe 3-window coupes.
Returning from WWII and getting back to work with some money in their pockets, Americans discovered a new pastime...hot rodding. The 1930s-era Ford was ripe for the picking. By the late 1940s, the Model Bs and Model 18s were well over a decade old, making them cheap to buy with parts readily available. Hot rodders bought them up in droves wrenching in their garages turning these once-tame suburban coaches into fire-breathing monsters! The hot rodding trend continued strong well into the 1960s. Even today, the 1934 Ford 3-window coupe remains one of the most sought-after hot rodding platforms.