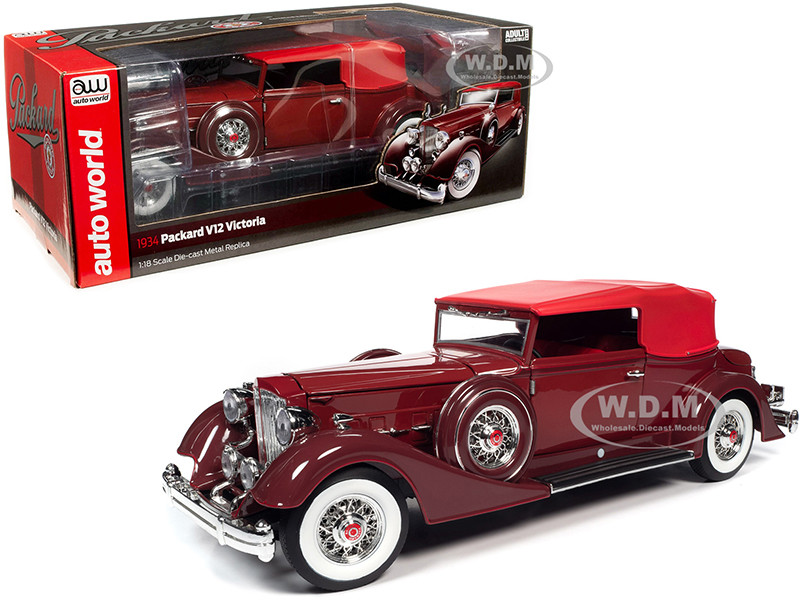 Introduced in 1933, many Packard enthusiasts consider the 11th-series to be the pinnacle of pre-war design featuring large, austere fenders and a robust, squared off body that had carried over from the decades prior of classic coach design. The V-shaped grille was echoed by the suspended V-shaped headlights set perfectly between the fenders like diamonds in a ring. This was the last of sharp-angled Packard styling before streamlined styling and voluptuous curves swept through the entire car industry.
For the 1934 model year, Packard was experiencing the best sales since the onset of the Great Depression. Across their expansive model range, there were three engine configurations: the Eight, the Super Eight, and the top-of-the-line Twelve. Auto World has replicated this Victoria utilizing the magnificent Packard V12.
The Packard 445.5ci V12 is considered to be one of the greatest engines of the era. The engine was notoriously reliable and ran nearly silent, as a true luxury car should. The Victoria was one of the most expensive cars available from Packard at the time.