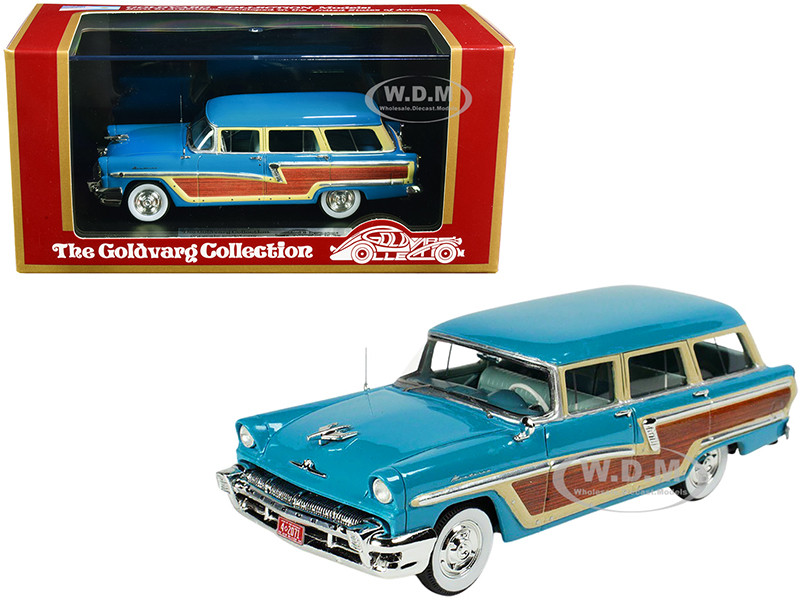 The Mercury Monterey is a full-size car model that was introduced by Mercury in 1952. It would later share the same body style with the slightly more upscale Marquis, and the Park Lane and Montclair until the latter two were extinguished after the 1968 model year. The Marquis-Monterey body was built on a longer wheelbase and had a longer body than the Ford LTD, Ford Galaxie, and Ford Custom. During its production the Monterey served as the high-end, mid-range, and entry-level fullsize Mercury at various times throughout its run. It was the only Mercury to be in continuous production throughout the 1960s. For 1955 the car lost its status as Mercury's top model, replaced by the Montclair. The same year, it gained the 292 cu in (4.8 L) Y-block from the Thunderbird, producing 188 hp (140 kW) with the standard transmission or 198 with the Merc-O-Matic. It used independent ball-joint front suspension.Brake size was increased. It was available in two lower-priced trim packages called the Custom and with Medalist as the most basic model. The Medalist lasted only one year as Mercury moved further upscale in 1957.1956 brought another new engine, the 235 hp (175 kW) 312 cu. in. This year, along with the rest of Ford, Mercury cars started to sport the Lifeguard safety equipment. The deep-dish steering wheel and safety door locks were standard.