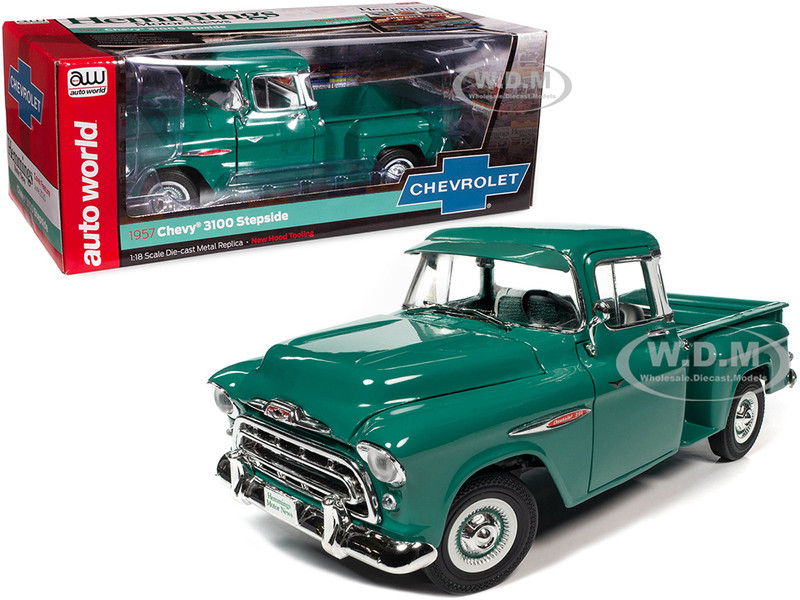 From Boise, Idaho, Doug Yoder of Red Lion, Pennsylvania was excited about his '57 Chevy 3100 Stepside, internet find. After much research, he began his six month restoration journey. The '57 Chevy Stepside was mostly intact but it didn't run. Doug first tackled the renovations by sandblasting, knocking out rust and fixing dents. Then he coated everything with epoxy primer, a high-build primer, four coats of urethane base paint, including four coats of clear. The chassis was stripped to bare metal and refinished as well as a new front suspension and steering with four-speed transmission, axle, and newly wired engine. Its interior was also refinished to its original beauty. There is no wonder AACA Central Spring Nationals in Auburn, Indiana, rewarded it First Junior status, in spring of 2017. Auto World is proud to replicate, for the first time, this 1/18 scale '57 Chevy® 3100 Stepside in Ocean Green and Bombay Ivory.