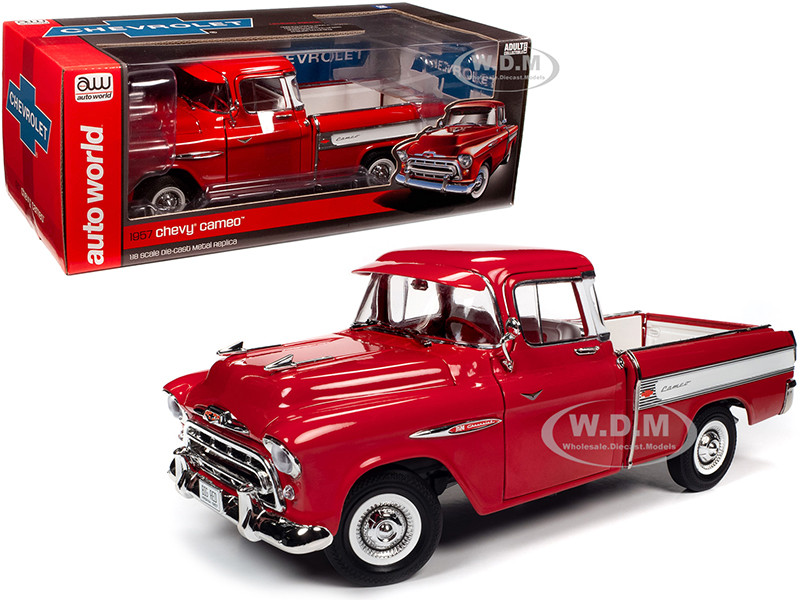 The 1957 Chevy® Cameo™ adhered to the Chevrolet® Task Force design that was introduced in 1955, following the Advance Design trucks. Pickup trucks were becoming more and more popular to a wider range of buyers, so Chevy® tried something different with the Cameo™. Rather than a bare-bones utilitarian work vehicle, the Cameo™ added luxury trim, decorative body accents, and interior comforts. As a result, pickup trucks started to become a dual-purpose vehicle that had head-turning styling on America's highways, as well as enough grit to get the job done if put to the test. The Chevy® Cameo™ helped mold future generations of pickups into the comfortable, yet capable vehicles we expect today. Of the 351,739 trucks built by Chevrolet® in 1957, only about 2,240 were Cameo™ models.