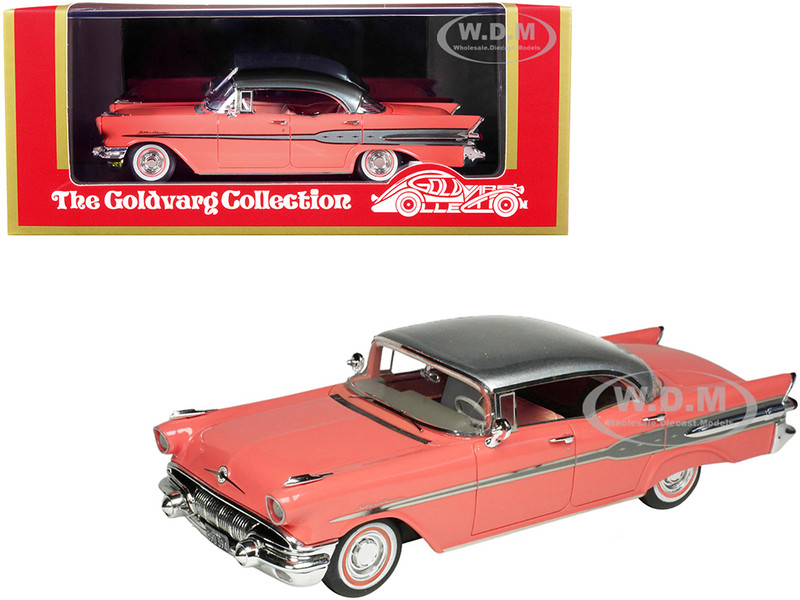 Between 1954 and 1957, the Star Chief was Pontiac's prestige model and was based on the Pontiac Chieftain. When the storyline of I Love Lucy pointed towards a Hollywood setting in the 1954-1955 season, the characters drove (in episode 110, "California Here We Come") to the West Coast in a 1955 Star Chief convertible, that in the previous episode "Lucy Learns to Drive" was "bumped together" with a 1922 Cadillac Type V-63. In 1954, Pontiac also introduced air conditioning with all the components under the hood, a first for the price range. Seat belts were added as options in 1956. The Star Chief was available in Deluxe and pricier Custom trim, with the top trim level hardtop called the Catalina.

Prior to the introduction of the Star Chief, all Pontiacs had shared the modest wheelbase of the Chevrolet since the beginning of Pontiac. The introduction of this new premier model in 1954 was the first application of the longer 123.5 inch (313.7 cm) wheelbase of the junior Oldsmobiles and Buicks to the Pontiac division. The car was still on the A platform, but with 11 in (28 cm) added towards the rear of the frame. Power the first year came from Pontiac's venerable straight eight engine, with the six-cylinder not available. Along with an all-new body, the straight-eight was superseded by the new V-8 power in 1955. Typical for the 1955 Pontiacs is the design with two wide "Silver Streaks" running the length of the hood. The hood ornament "Indian" was amber plastic that lit up when the headlights were turned on. Also for 1955, the new Star Chief Safari two door hardtop wagon, which was similar to Chevrolet's Bel Air Nomad, was introduced, shared with the Pontiac Chieftain. This variant lasted through 1957; after that the Safari name was used for all of the division's standard four door wagons. The Safari was introduced on January 31, 1955, over three months behind the rest of the 1955s.The Safari was not quite part of the Star Chief line, as it sat on the shorter Chieftain 122 in (3,100 mm) wheelbase. It was officially part of the "27 series", whereas the longer Star Chief received the "28 series" designation. In January 1957, some time after the rest of the new models, the four-door "Custom Safari Transcontinental" was introduced. For 1956 the design was lightly revised, with heavier looking bumpers and a vertical slash on the front door above the swage line. In 1957, the high performance Star Chief Custom Bonneville was introduced as part of its divisional head's push to raise the marque out of the doldrums. The silver streaks running down the hood were dropped for the new "Star Flight" design. All gauges were placed in an oval on the dash and the side trim had a missile-shaped spear behind the front door.