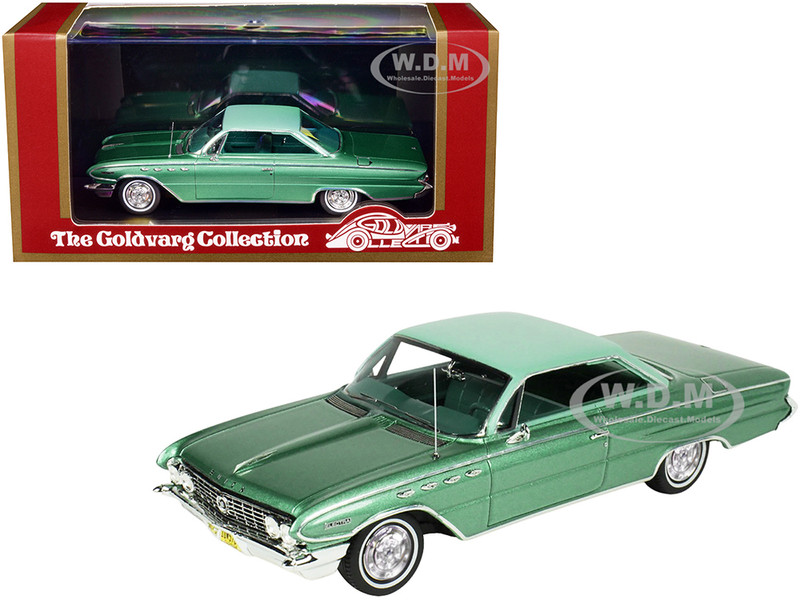 The Electra 225 Riviera was the top-line model and it shared its six window hardtop roofline exclusively with Cadillac (which offered it on all of its models). Buick first applied the "Riviera" name to a premium trimmed 2-door Roadmaster hardtop in the middle of the 1949 model year, and thereafter denoted all Buick hardtops Rivieras. Also, from 1950 through 1953, Buick made a premium trimmed, stretched wheelbase sedan, exclusively in the Roadmaster and Super lines, that was called Riviera. But 1959 was the first year that not all Buick hardtops were called Rivieras. A standard 4-window four-door hardtop was also available, as was a 4-door 6-window pillared sedan, along with a stripped chassis of which 144 were built in 1959 and 1960. The two-door convertible was only available as an Electra 225, and the 2-door hardtop as an Electra. The Electra, along with all other 1959 Buicks, featured all new styling not shared with other GM divisions that included slanted headlights in front along with a highly chromed square grille somewhat similar to the 1958 Buick and "Delta-Fins" back along with round taillights. The "slanted" headlights were also shared with the 1958-60 Lincoln Continental. Exterior distinction from other Buicks came from extra-wide moldings, with a massive Electra emblem on the front fender extension.