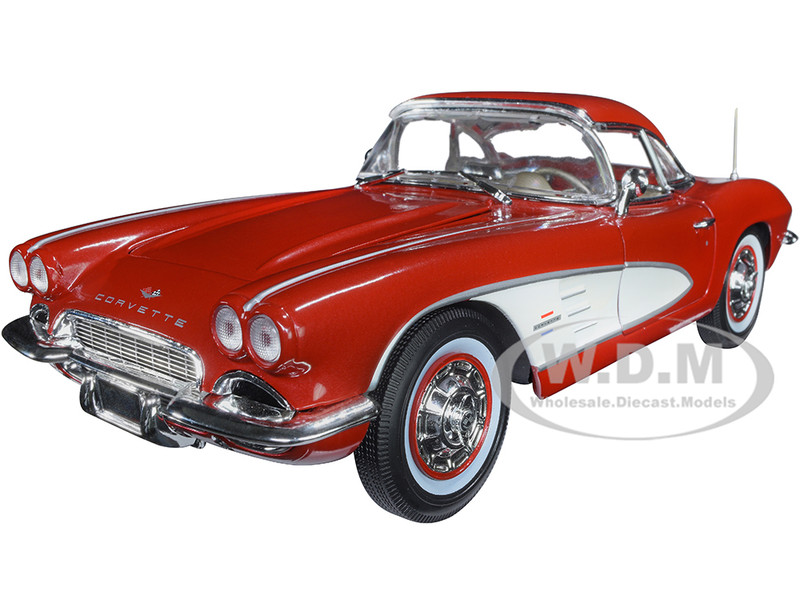 The 1961 model year was quickly recognized as the best-built Corvette yet. There were several newly-standard features introduced, which include courtesy lights, windshield washers, a temperature-controlled radiator fan, sun shades, and parking brake warning lights. Improving the cooling capabilities and reducing its overall weight, the 1961 Chevrolet Corvette was the the first to introduce aluminum radiators as standard equipment. However, due to production delays, some models were still built with copper radiators. As the Corvette continued to evolve, so did the standard features that came with it. In a departure from the previous year, the exhaust was rerouted to exit under the rear tires, preventing the rear bumper from getting dirty. Also changed for 1961 was the addition of quad tail lights, a tradition that continues over 60 years later.