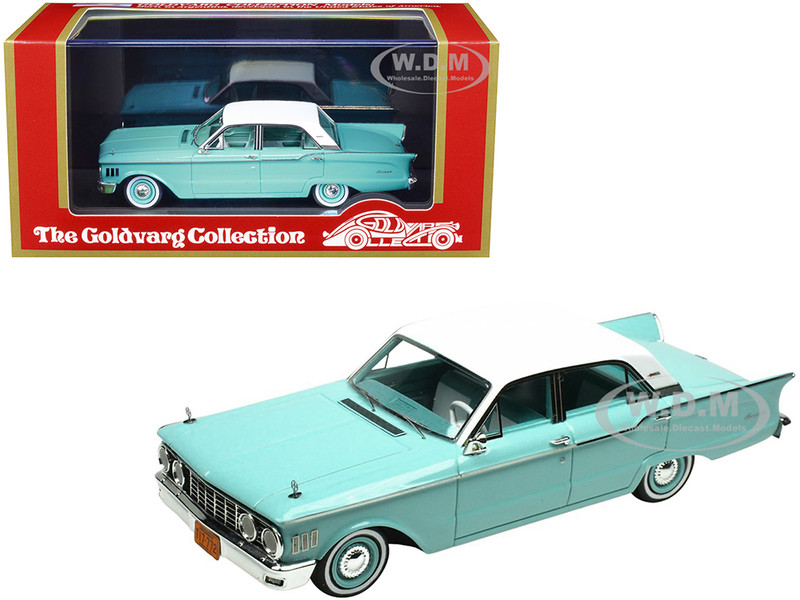 The Comet was initially released without any divisional badging, only "Comet" badges, similar to Valiant which didn't have Plymouth badging at first. It was sold through Mercury-Comet dealers, but would not be branded as a Mercury Comet for two more years. This was similar to Ford's treatment of the Meteor and Frontenac of Canada, sold thru Meteor - Mercury - Frontenac dealers.
Introduced in March 1960, initial body styles were 2-door and 4-door sedan sand 2- and 4-door station wagons. Two trim levels were available, standard and "Custom", with the custom package including badging, additional chrome trim and all-vinyl interiors. In 1960, the only engine available was the 144 cid Thriftpower straight six with a single-barrel Holley carburetor which produced 90 hp (67 kW) at 4200 rpm. (Some sources list it as producing 85 hp (63 kW) at 4200 rpm). Transmission options were a column-shifted 3-speed manual and a 2-speed Merc-O-Matic automatic transmission (unique to the Comet, despite sharing a name with the Merc-O-Matic installed in other Mercurys).