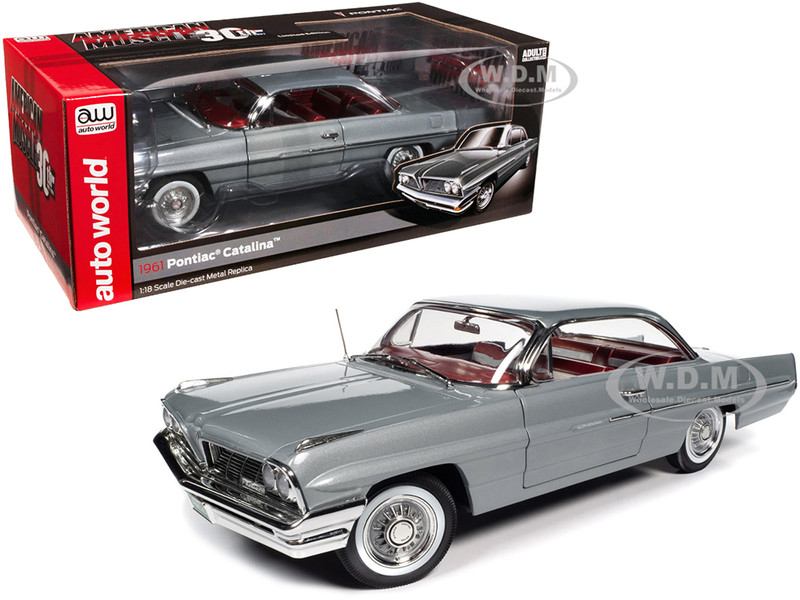 The Catalina moniker first appeared on the 1950 Chieftain Eight and DeLuxe Eight models. It wasn't until 1959 that it became a standalone mark for "entry-level" full-size Pontiac vehicles. By 1961, the Catalina was restyled and redesigned, including an all-new Torque-Box perimeter frame that replaced the "X" frame chassis used since 1958. Roof lines were more squared, panels were flatter, and the split front grill made its return. Engine options for 1961 included several variations of the 389ci V8. Standard was the 2bbl 3-speed making 215hp, or 267hp with the optional Hydramatic, or a 230hp "economy" automatic. Entering performance territory was the 389ci 4bbl with 333hp, or also a 348hp Tri-Power option with higher compression. Offered to drag racers was the 363hp variation. However, the top dog was the very rare, dealer-installed 421ci Super Duty made available near the end of 1961.