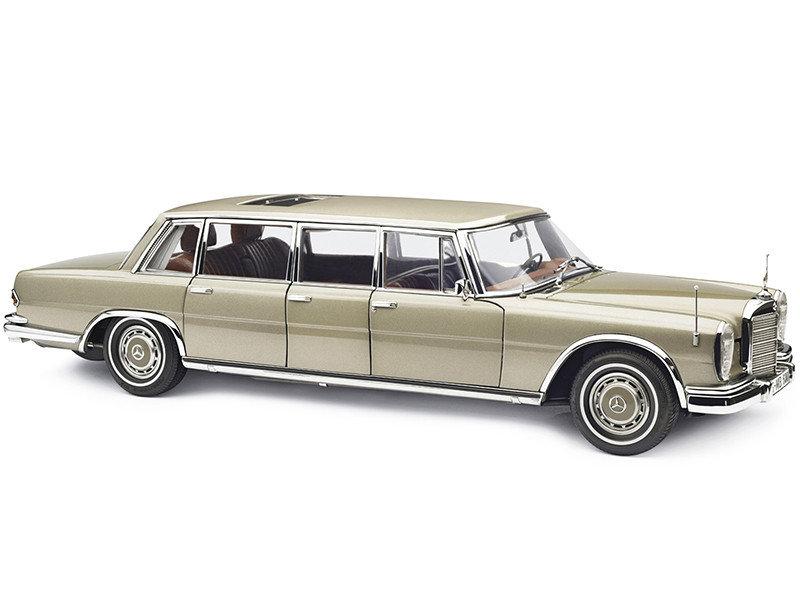 The Mercedes-Benz 600, also known as the W100, was a state-as-art vehicle crafted by the Daimler-Benz during the 1960's and 1970's. This stylish vehicle was used worldwide for and by the upper echelons. It served as an epitome of perfection, high-end technology, comfort, exclusivity and uniqueness. The Pullman was and is still the largest passenger car in the post-war era. In addition to state-sponsored use, international celebrities in politics, business, aristocracy and show business also chose to own and ride in a Mercedes-Benz 600 proudly. The "Big Mercedes" debuted at the Internationale Automobil-Ausstellung (IAA) in Frankfurt in September 1963. Several editions were offered, including Pullman Limousine, Pullman Sedan and Pullman Landaulet.