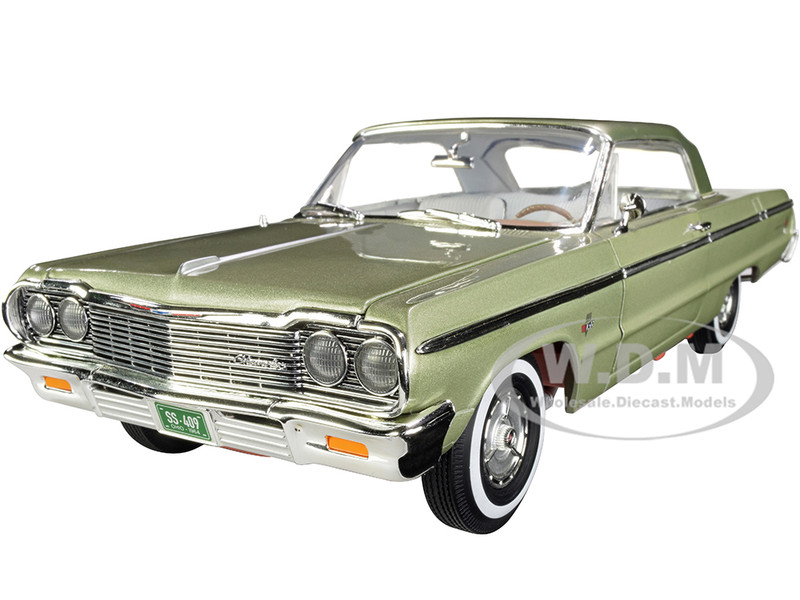 The Chevy Impala is a popular full-sized car that has gone through ten different design generations since 1958. The year it debuted, it was actually a top-of-the-line trim option of the 1958 Chevy Bel Air. Starting in 1959, it was its own nameplate. The early 1960s was the start of the golden age of American muscle cars. Carrying on the SS option first introduced in 1961, the 1964 Impala SS included the mighty 409ci V8 big-block with dual-4bbl carbs. When the pedal hit the floor, all 425hp roared to life, which inspired the Beach Boys’ hit song “409” in 1962. Styling of the 1964 model was slightly rounded from the previous year with lots of chrome accents, but it still retained the iconic triple tail light setup.