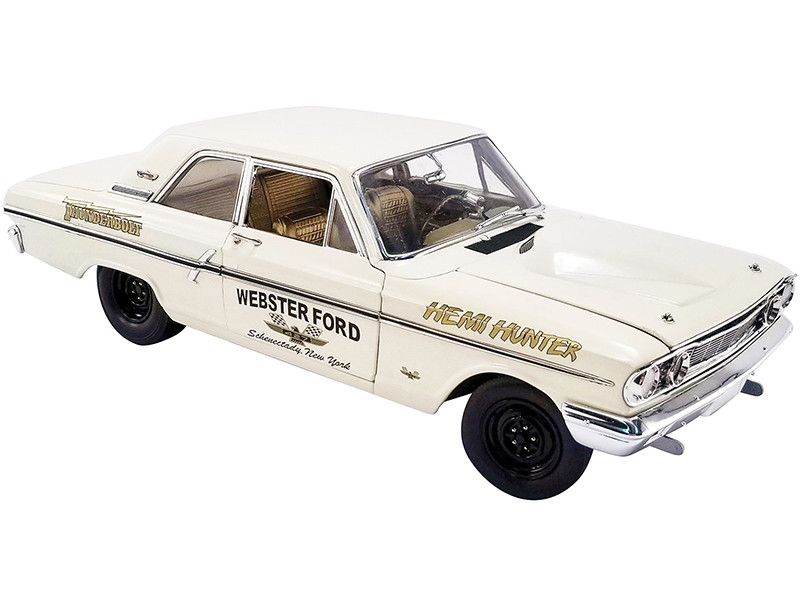 Ford Vice President Lee Iacocca's "Total Performance" program reached around the world into international motorsports, but one of its biggest impacts was felt on the drag strips of America with the sensational Thunderbolts. Built by contractor Dearborn Steel Tubing, the Thunderbolts were stripped and lightened Fairlane Tudor sedans, each one modified to accept Ford’s sensational 427 CI Galaxie V-8. The 1964 Thunderbolt presented here is number 68 in the Thunderbolt production sequence of 100 cars. It was originally purchased through Webster Ford in Schenectady, New York by racer Elwood Banker, who raced the car as the "Hemi Hunter", described the car as "unbeatable."