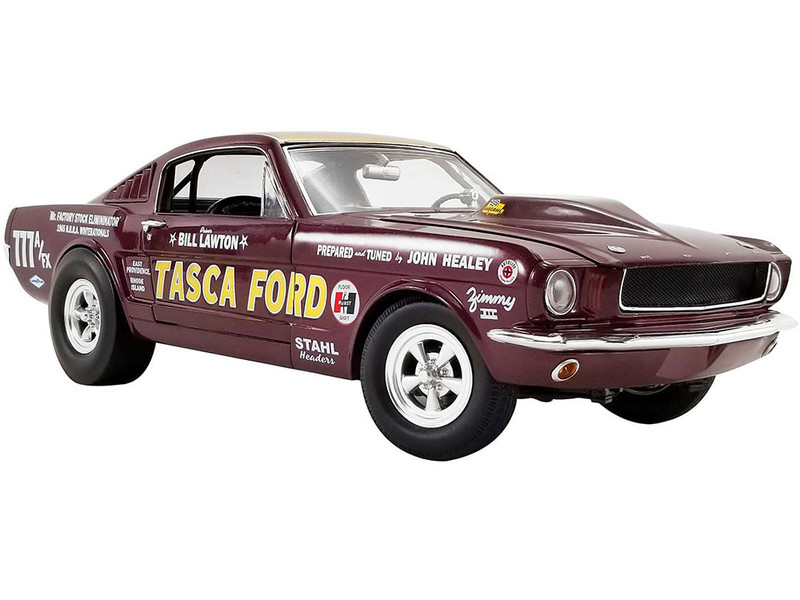 The A/FX Mustangs are some of the most iconic drag cars from the 1960s drag wars. Ford tasked Holman-Moody with developing this quarter mile monster, and they did not disappoint. They basically stripped everything from the factory K-Code Mustangs and started from scratch. Fiberglass body panels replaced the factory steel versions and all glass was removed and replaced with polycarbonate to save weight. Then came the powerplant. The mighty Ford SOHC 427 Cammer and Wedge engines were shoehorned into the engine bay. In fact Holman-Moody had to fabricate the front suspension to allow enough clearance for the engines to fit. The final major modification was moving the rear axle forward three inches in order to maximize traction when launched. All of this development resulted in one of the greatest factory lightweight drag cars of all time. Holman-Moody would build a total of 10 1965 A/FX Mustangs, and these would be campaigned under several liveries and banners over the following years.