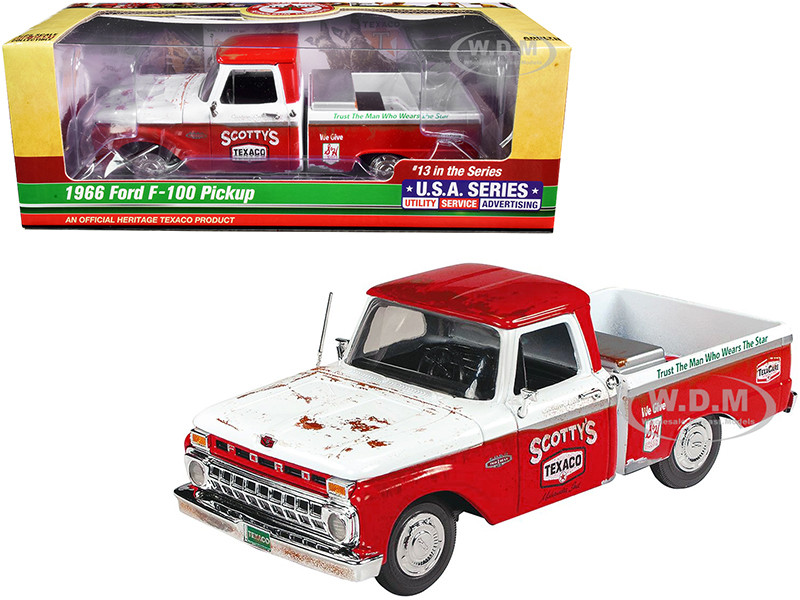 The 1960s were all about fast-moving changes. America was in the "fast lane" and travelers and consumers knew they could count on their national and local Texaco service station for fast, service and quality fuels. The long-running "Trust your car to the man who wears the star" advertising campaign began in 1962 and continued throughout the 60's. A new hexagon version of the Texaco logo was also introduced in 1963. Both would become icons of the road for an entire generation. The 1966 Ford F100 was a continuation, from the heavily restyled 1965. Most importantly was also the introduction of Twin-I-Beam front suspension—a staple of the Ford light-duty trucks until 1996.