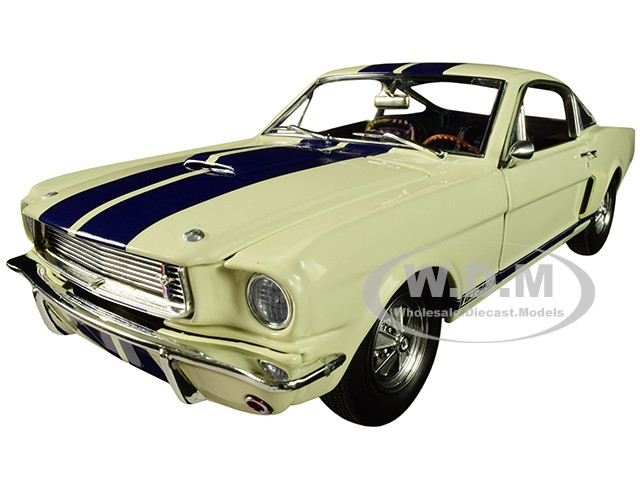 The Shelby GT350 debuted as a stripped down, race ready pony that could challenge the competition on any street or track. As complete as the car was, Shelby was constantly looking for more power and performance. In 1965 Paxton approached Shelby with the idea of fitting a Paxton blower onto the 289 engine. Shelby gladly loaned a GT350 to them and the rest is history! Shelby was able to pull around 390HP out of this setup which propelled the Pony car to mid 5 second launches from 0-60! The Paxton package could be ordered and installed by the factory for a mere $670! According to records only 11 1966 GT350’s were produced making them very rare and desireable to the Mustang collectors. ACME is pleased to announce these beautiful 1966 Shelby GT350’s in Wimbledon white and Sapphire blue complete with the Paxton Supercharger package! Now is your chance to own a rare piece of history to add to your collection.