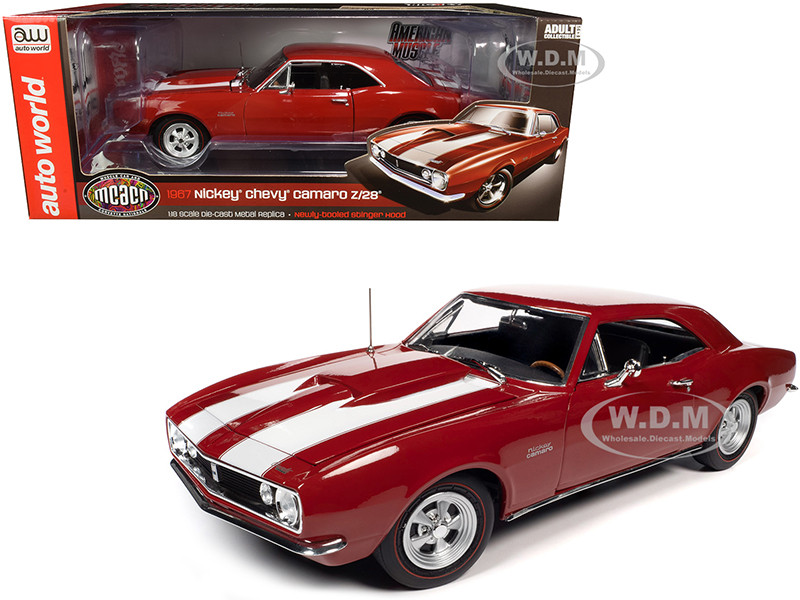 Back in 2017, the Chevy® Camaro® was celebrating a major milestone in automotive history ... its 50th anniversary. To celebrate, the 2017 MCACN had an invitational showing of several special-and-rare 1967 Chevy® Camaro® models. This example, owned by Kirt Wortman, was one such vehicle on display.
In 1925, Nickey® opened and eventually became one of the largest automobile retailers and the largest Hi-Performance parts shop in the world. In the 60's, they literally created the genre of what is now known as the Super Car by modifying and tuning vehicles for maximum performance and horsepower. All original, surviving Nickey-tuned vehicles are rare, but this Camaro® is exceptionally rare being a Z/28® model. Auto World is proud to replicate this stunning Camaro® in vivid Bolero Red, dual white stripes, black interior, and newly-tooled stinger hood! This Nickey® Camaro® is powered by a highly-detailed small-block 302 Turbo-fire engine.