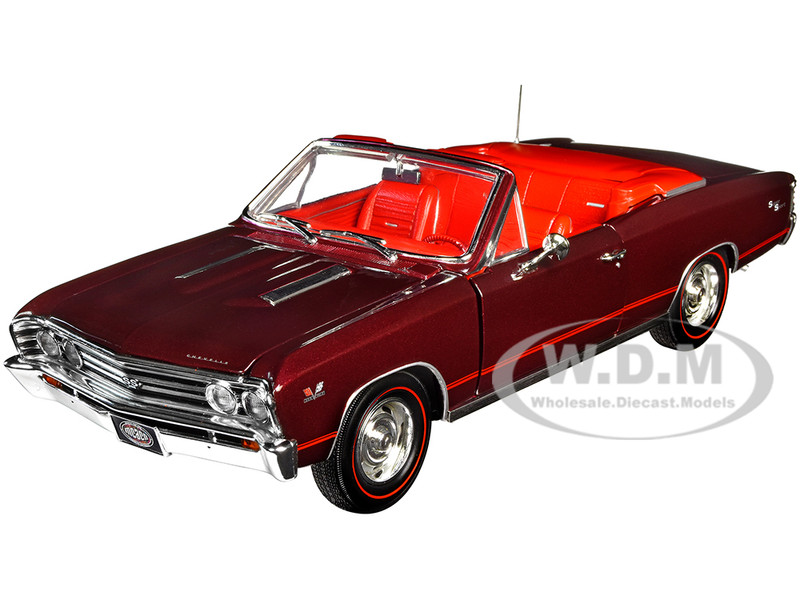 Bill Wente spotted this mostly-untouched 1967 Chevy® Chevelle™ convertible at the Fall Carlisle PA Swap Meet in 1979. He wasn’t really in the market for a car, but the original condition of the car captured Bill’s attention. A deal was made for $1700, and Bill drove it home to Iowa churning through 10 quarts of oil over the 1,000-mile drive. Over the next 30 years, the car was in various stages of disassembly and restoration. Slowly but surely, the Madiera Maroon paint was applied, the body was reunited to the chassis, and the 396ci engine and drive-train were meticulously reassembled to perfection. Bill’s goal of finishing the restoration and showing the car at the 2019 MCACN had become a reality.