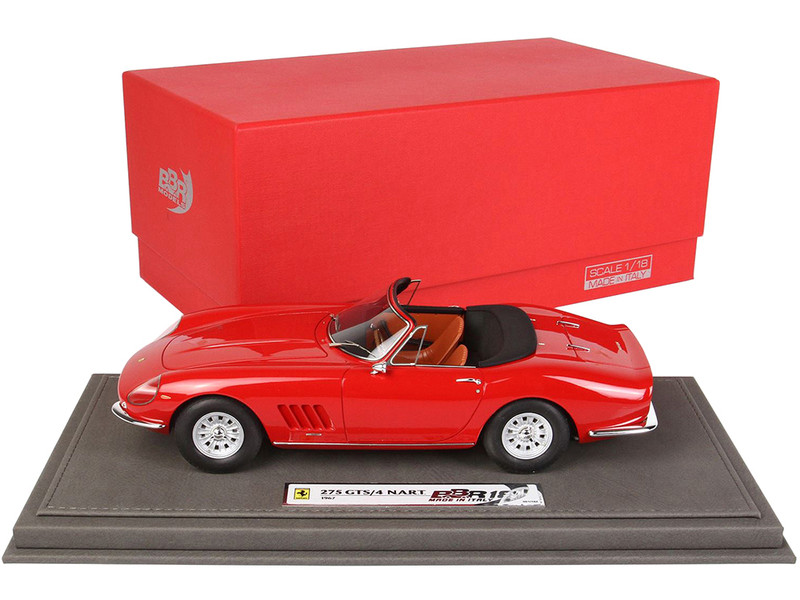 Only ten Ferrari 275s officially came from the Ferrari factory in spider configuration. These were all made for Luigi Chinetti who was Ferrari's North American Importer at the time. Chinetti recognized the need for an alternative to the luxurious 330 GTS and reluctantly convinced Ferrari to deliver his own "NART Spider". Chinetti first got the idea for the car at the Paris Motor Show when the 275 GTB/4 was shown. Ferrari at first denied his request to built a factory spider, but after talking to Sergio Scaglietti who manufactured the 275 bodies, Ferrari was finally convinced. Chinetti named the car after his North American Racing Team (NART) which contested all the top races in US and abroad.
We want to propose you this beautiful red version, with CUOIO interiors, which have been painted with a special paint, reproducing the leather look. The model is released in limited and numbered series. All has been released in Italy, from the prototype to the final model, and we grant for its quality.