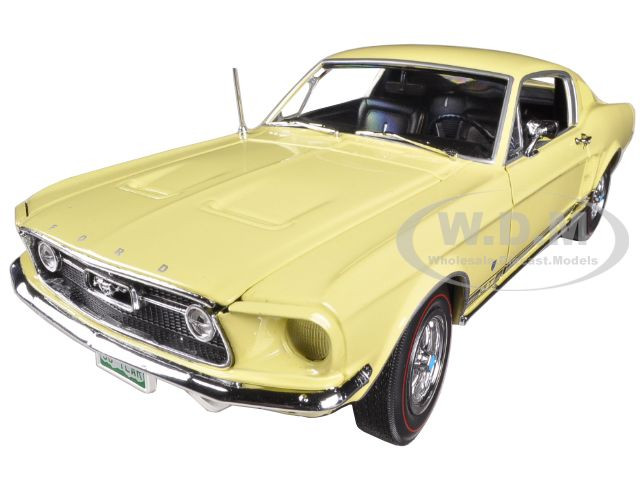 AutoWorld is issuing a series of vintage Mustangs in period correct shades of gold. As part of the Mustang 50th Anniversary series, AutoWorld is issuing an Aspen Gold 1967 Mustang High Country Special 2+2 GT just like you could have ordered from a dealership in Denver in 1967. 1967 marked the first major redesign of the Mustang and the public responded favorably with over 470,000 units being sold even in the face of new pony car competition from GM and Chrysler’s divisions. A 1967 High Country Special Mustang came in one of three unique colors, Timberline Green, Columbine Blue and Aspen Gold. Each carried a special HCS medallion affixed to each front fender.