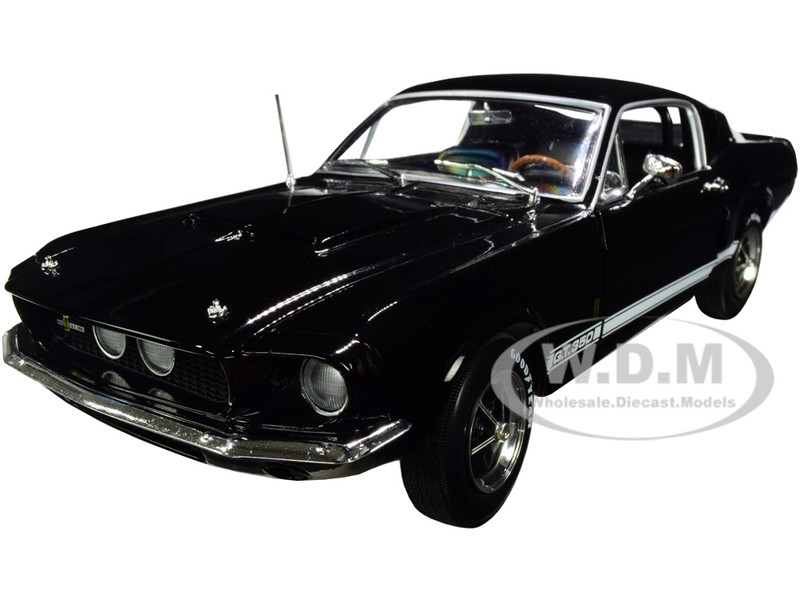 Completed on December 8th in 1966, this Raven Black Shelby GT350 was shipped to Ron Tonkin Ford Sales in Portland, Oregon. Purchased on New Year’s Eve in 1967 by Dale Newton, #117 was owned by the Newton family and stored in a Sea-Land Container until it was discovered in unrestored condition in the early 2000s.
Raven Black was intended as a Hertz-only color in 1967, but when the program did not materialize, the Black cars – only 52 GT350s and 3 GT500s – ordered by Shelby were completed and the color was discontinued.
#117 retains it’s unique early production features including upper scoop lights, metal framed hood/decklid and a short-tab steering wheel.