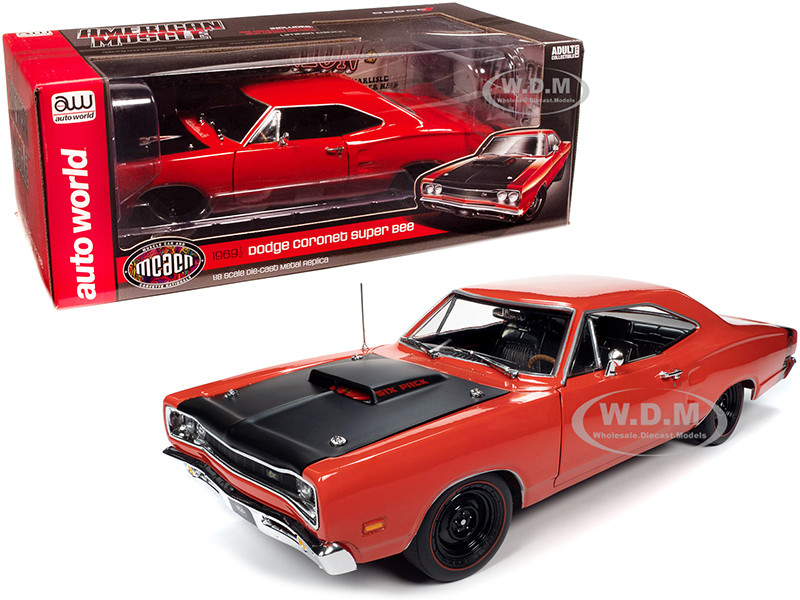 This A12 Dodge Coronet Super Bee is 1-of-826 4-speed hardtops produced during the special run of cars in 1969. The car was produced towards the end of June 1969 at the Lynch Road assembly plant in Detroit, MI. Specs include its original numbers-matching drivetrain M-code 440 Six Pack engine, A-833 4-speed trans, 4.10 Dana Sure-Grip rear end, as well as the original broadcast sheet. The black interior features bucket seats with console and an AM/8-track radio. During restoration, this car was repainted in its original R4 bright red paint, but retains all of its original body panels.
The owner, John Spears, purchased this A12 in 2019 and was thrilled to be invited to show his car in the "A12 Reunion" section at the 2019 MCACN Show for the 50th anniversary celebration of these very special cars. As luck would have it, a longtime previous owner, and the one responsible for the complete restoration of the car was at the show! He recognized his old car immediately. The magic of the MCACN brought the former and new owners together once again to reminisce. Very cool!