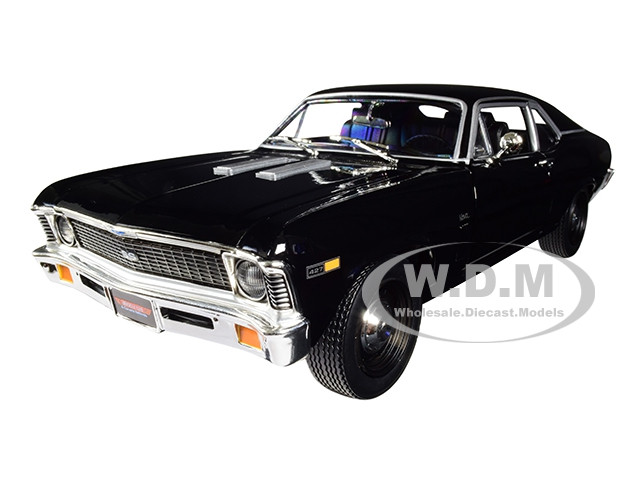 This 1969 Chevy® Nova™ is one of the last examples of a Yenko® Nova™. It was originally sold as a stock 1969 Chevy® Nova™ SS™ in the spring of 1969. In 1982, it was sent back to Yenko to get a Jenkins Competition (of Bill Grumpy Jenkins’ fame) built ZL-1 aluminum 427ci engine installed. Photos to the right show the actual paperwork signed by Don Yenko for the sale and shipping to Jenkins on January 6, 1982. Several notes on the page reference the car as a SY Nova or SYC Nova, the code that Yenko used for Super Yenko Cars on his late 1960s Camaro®, Nova™ and Chevelle™ vehicles. The bill from Jenkins Competition is over $10,000 in 1982—far exceeding the value of the car at that time. This work was done in the last year Don Yenko owned the business. He sold the Yenko Chevrolet dealership the same year.