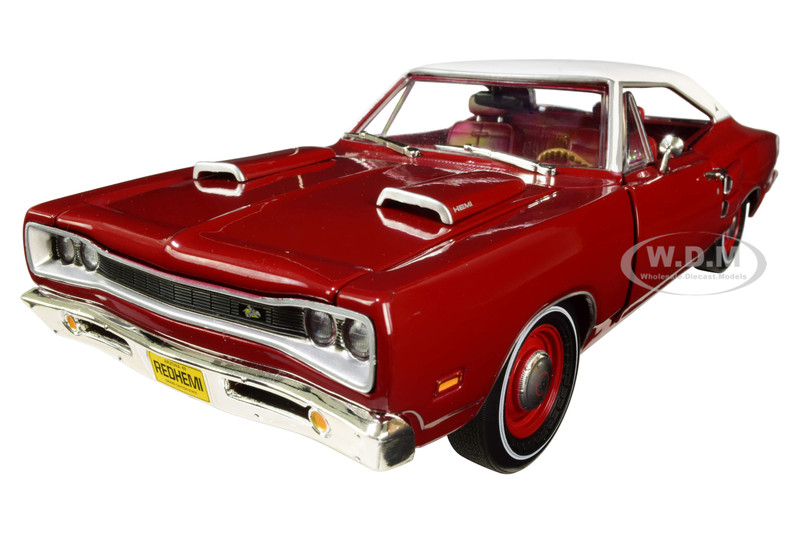 Based on the Dodge Coronet two-door coupe, the Dodge Coronet Super Bee was marketed as a lower-cost high-performance muscle car. The name "Super Bee" is rooted in the B-Body code used for Chrysler’s midsized cars of the time, including the Dodge Charger and the Plymouth Road Runner. It had several performance upgrades which improved power, handling, and appeal to the muscle car buyer. Some upgrades included an optional Mopar A-833 four-speed manual transmission with Hurst Competition- Plus Shifter, heavy-duty suspension, and performance tires. For a price, buyers could even choose the massive 426 HEMI® engine, though only 125 were sold with this option.
Auto World has replicated this 1969 Dodge Coronet Super Bee in factory- matched R6 Red with a white vinyl roof. Under the dual-scooped hood is the mighty 426 HEMI® engine. This replica also features the newly tooled optional side scoops!