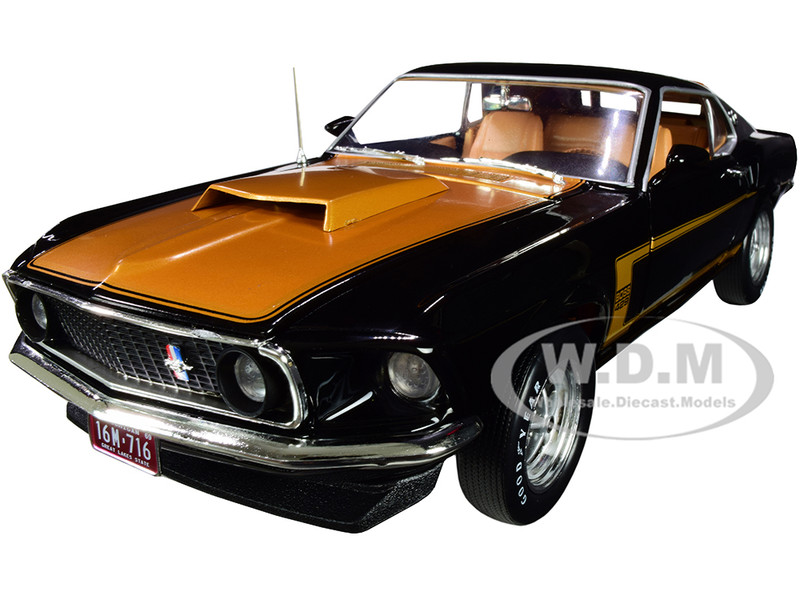 In keeping with his eye on performance, Ford's then-president Bunkie Knudsen took delivery of the fifth 1969 Mustang Boss 429 off the assembly line as his personal pony car. Featuring a rare color combination of black with gold stripes, this striking example was one of seven prototype Boss 429s created by Kar-Kraft for Ford Motor Company. Number 1205 appears to have been built for one purpose: to appease the boss. The Mustang also featured a prominent gold hood with scoop, matching deck lid, rear slats, custom Boss 429 C-stripes, and a gold accent tail panel. Inside, it sported a rolled and pleated saddle brown interior, a four-speed transmission, and air conditioning. The Mustang didn't last long in Knudsen's ownership. His tenure at Ford ended in 1969 and the car was sold. It exchanged hands several times before disappearing into history. Auto World is proud to bring back the automotive legacy in 1/18 scale. With its unusual 429 powerplant and unique color scheme, you can own this piece of muscle car history!