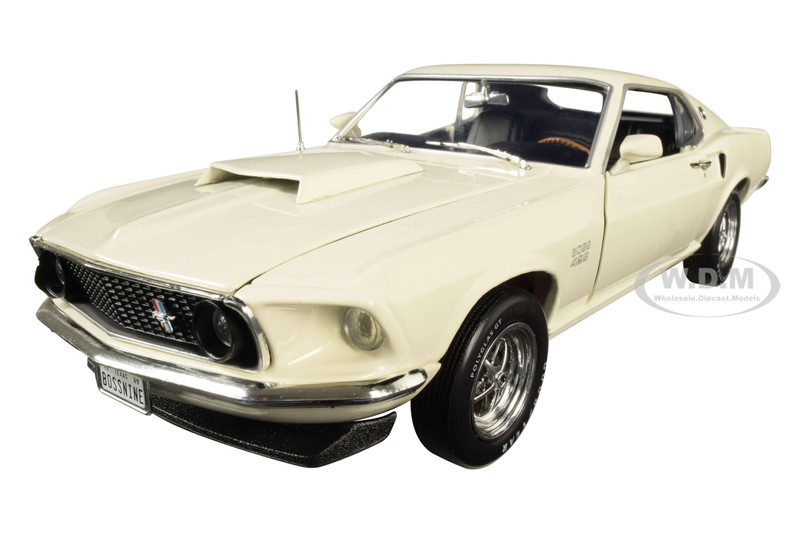 To compete with Chrysler's massive 426 HEMI on the NASCAR circuit, Ford developed a stout powerplant of their own—the Boss 429. Often called the "Boss Nine", this engine would likely have never been used on production vehicles, but NASCAR required at least 500 of the cars built and equipped with the same Boss 429 as their race cars, and made available to the public. A total of 859 were made in 1969, and are now considered one of the most valuable and collectible muscle cars ever made. Advertised at "only" 375hp, the Boss 429 has proved to actually produce closer to 420hp. It's alleged that the actual number was suppressed for legal reasons and consumer insurance costs. Ford contracted Kar Karft of Dearborn, MI to hand-build each Boss 429 by modifying 4-speed Cobra Jet Mustangs to accept the large Boss 429 engine. The functional hood scoop still remains the largest hood scoop ever used on a production Mustang.