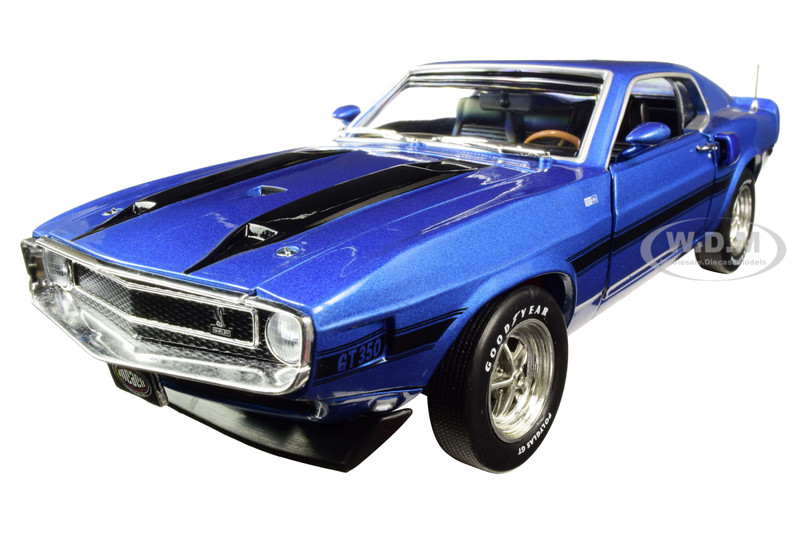 The 1969 "G" Code Boss 302 Shelby® GT-350™ with VIN 9F02G482244, was the 1-of-1 pilot prototype for the year 1970. What's unique about this car, is that it was ordered three days after the Boss 302s went into production on April 19, 1969. The production order number is one of a kind—9999. Only three or four members at the top of Ford would have had access to that special order number. Shelby was not one of those people. Ford Motor Company confirmed that Edsel Ford II or Bunkie Knudsen, the president of Ford at the time, would have been two of the possible executives that had access to that number, and to place this order. It very well could have been a present to Carroll Shelby since he was racing the Boss 302 Shelby team cars. However, the Boss program was canceled less than two weeks after this car was built, due to Carroll Shelby resigning from Ford Motor Company.
Truly an artifact of automotive history, Auto World is honored to replicate this "pilot" Acapulco Blue 1969 Shelby® GT-350™ with Boss 302 engine!