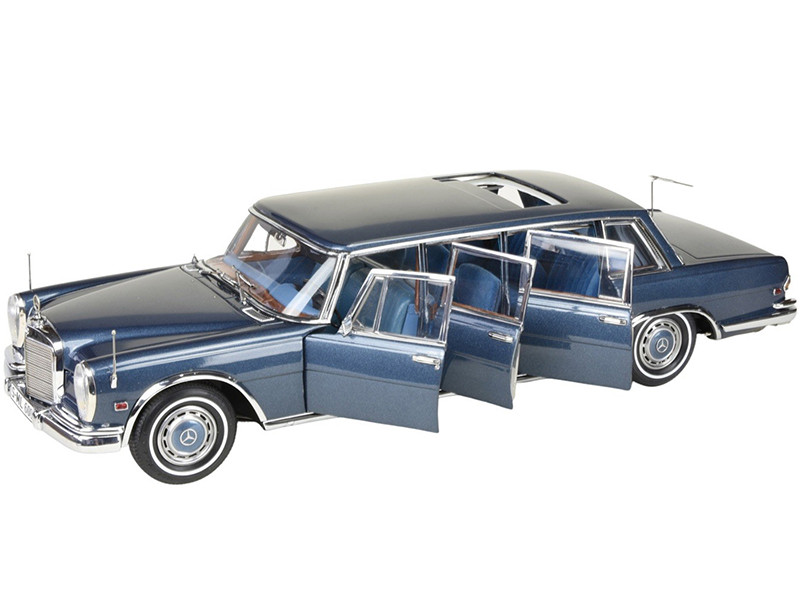 The color combination of this 1969 vehicle is relatively subtle. Discreetness was what its first owner, the "King of Rock and Roll", had in mind for his cars. In the original layout of this car, there was a TV set in the passenger compartment, recognizable by the large antenna on the rear lid.
The Mercedes-Benz 600, also known as the W100, was a state-as-art vehicle crafted by the Daimler-Benz during the 1960s and 1970s. This stylish vehicle was used worldwide for and by the upper echelons. It served as an epitome of perfection, high-end technology, comfort, exclusivity and uniqueness. The Pullman was and is still the largest passenger car in the post-war era.
In addition to state-sponsored use, international celebrities in politics, business, aristocracy and show business also chose to own and ride in a Mercedes-Benz 600 proudly. The "Big Mercedes" debuted at the Internationale Automobil-Ausstellung (IAA) in Frankfurt in September 1963. Several editions were offered, including Pullman Limousine, Pullman Sedan and Pullman Landaulet.