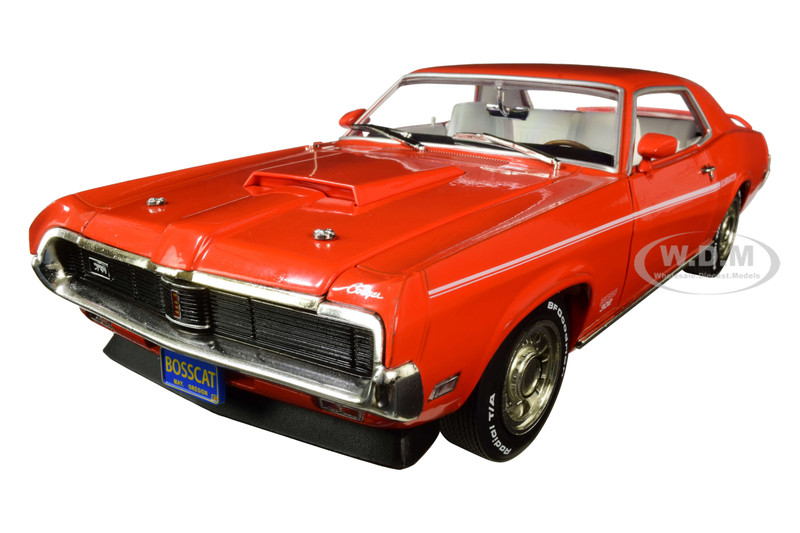 In 1968, Ford developed the Boss 302 Engine specifically for racing the 1969 Ford Mustang in the SCCA Trans-Am Road Racing Series. This powerhouse of performance was bred by combining the 302ci Windsor small block V8 with the oversize Cleveland cylinder heads, a perfectly balanced crankshaft, and a unique cam with "high-lift" design. Officially, these motors were rated at about 290hp @ 5800rpm. Unofficially, in cars that actually competed on the track, the Boss 302 made about 470hp! In late 1969, the Boss 302 engine crept its way under the hood of the Mercury Cougar Eliminator.
Auto World has replicated this 1969 Mercury Cougar Eliminator with the powerful Boss 302 engine complete with factory-accurate markings and decals. The Competition Orange paint and white interior round out the details of this Ford-powered feline.