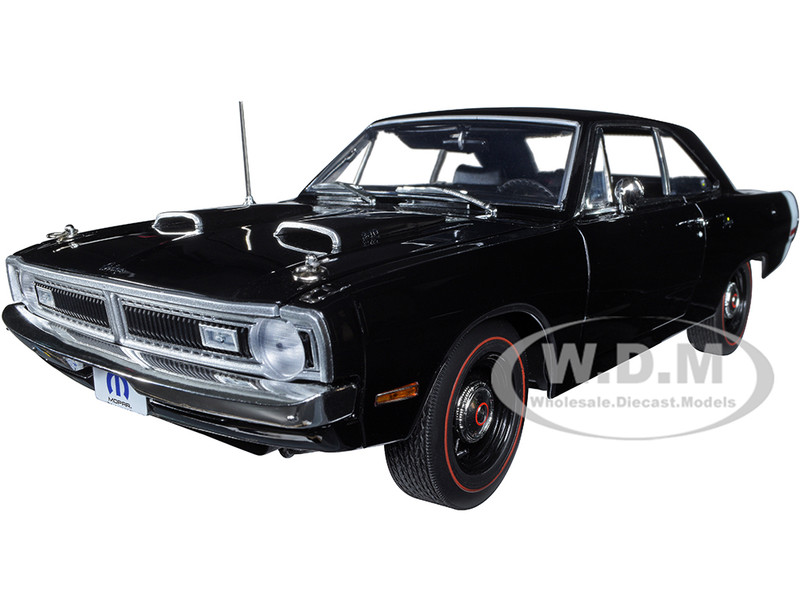 Several automakers had fostered the pocket rocket from theory to reality: think Comet, Falcon and even Studebaker. No surprise, then, that as the supercar movement spread its wings another Detroit native would enter the fray! Dodge's solution was to create the Dart Swinger 340.
Weighing in at just 3,170 pounds, the Swinger 340 came standard with its namesake--the aggressive 340 V-8--now backed by a three-speed manual on the floor as standard equipment. It was also fitted with a Rallye suspension, wide wheels, front disc brakes, simulated hood scoops and a bumble-bee tape stripe; all for a mere $2,808.
Setting it apart from the rest of the lineup, the Swinger 340--available only as a two-door hardtop--received "Dart Swinger" emblems just ahead of the C-pillar on each quarter panel and a pair of non-functioning, low-profile hood scoops adorned with "340" emblems. And what would a member of the Dodge Scat Pack be without a rear bumble-bee stripe?