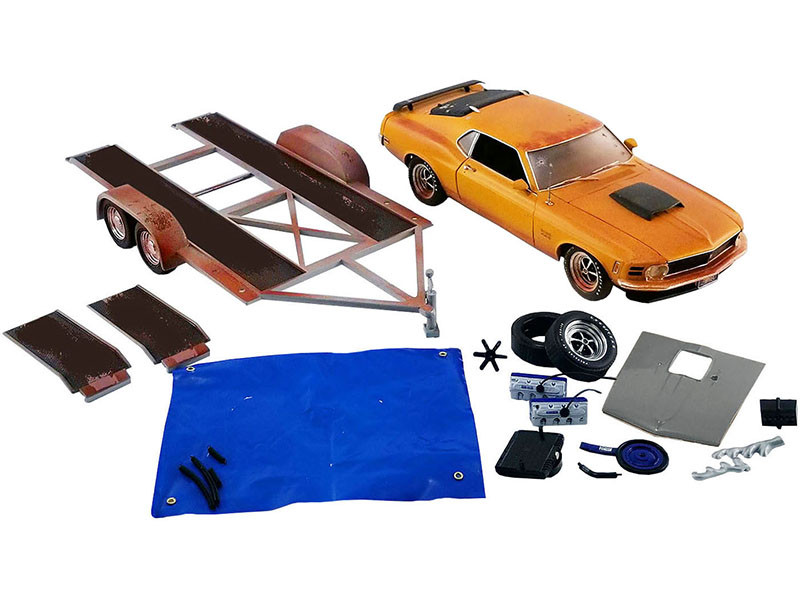 Porkchop had been snoopin around the backwoods of Georgia for while, looking for his next project. Well, it was one of those mid-summer Georgia afternoons and was hotter than the hinges on the gates of hell, and PC had the hammer down in his Bootleg ’66 Fairlane when his sharp eye caught a glimpse of a fender poking out of an old barn. What had he found? It was a genuine ’70 Boss 429 Mustang. Porkchop knew he had found his next project so he went up to the owner’s house and gave the door a knock. An old man came to the door gave him the typical "I plan on restoring it someday" response but Porkchop knew that was a flat out lie. Before the old man could get out another word, Porkchop whipped out some cash and made a deal. After shakin on it, PC told the old man that he'd be back in a bit and slid Bootleg sideways outta the driveway and headed to Pork Chop's Chop Shop to grab his ramp truck car hauler. A few hours later, Ole Pork was hookin up this Barnfind Boss to his ramp truck and the rest... well, the rest is history! ACME is proud to announce the next release in the famous PC series, Porkchop's "Barn Find Boss" 1970 Boss 429 Mustang! Lots of extras come with this model. A 1/18 trailer is included with each model as well as multiple NOS parts and the tarp that was covering the car! It has all the look and feel of a true barn find with the amazingly detailed and weathered finish on the exterior and interior. Throw the tarp on top and extra parts in the trunk and you’ll have a true barn find in your collection.