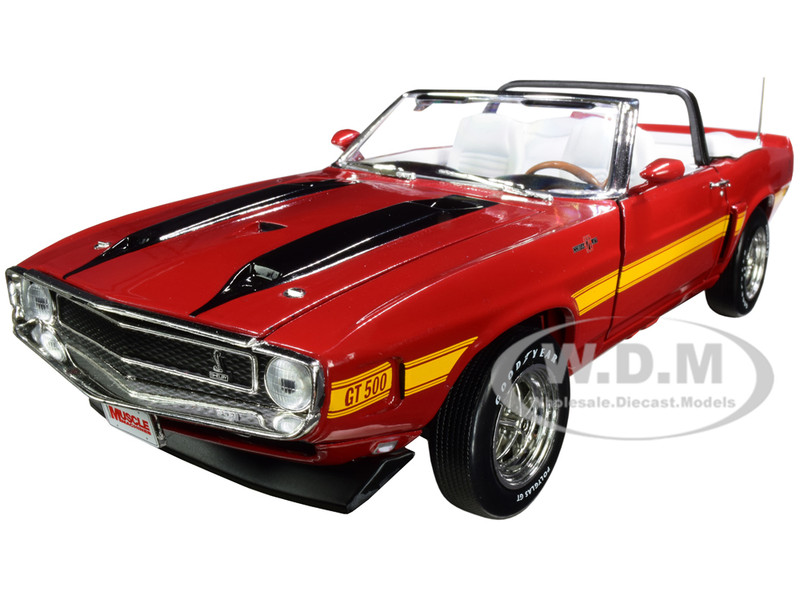 With a life-long love of Mustangs, Fred Reichert had his heart set on this 1970 Shelby Mustang GT500™ convertible. It was the new styling of the redesigned 1969 model that set this Shelby apart, with a dramatically different appearance from the Mustang it was based on, using more unique styling elements than any prior Shelby. The entire front clip—everything forward of the cowl—was specific to the Shelby, and those body panels were fiberglass. The deeply recessed wire-mesh grille was distinctly un-Mustang, but very aggressive and appealing in its own right. Driven locally for years and then garaged for a time, it underwent a complete restoration that was completed in 2010.
Auto World has accurately replicated this car just as it was featured in the Hemmings Muscle Machines July 2010 issue. It’s painted in Candy Apple Red with deep yellow GT500 side racing stripes with a white interior. The distinctive front end, specific to only to Shelby versions, completes this classic convertible’s look.