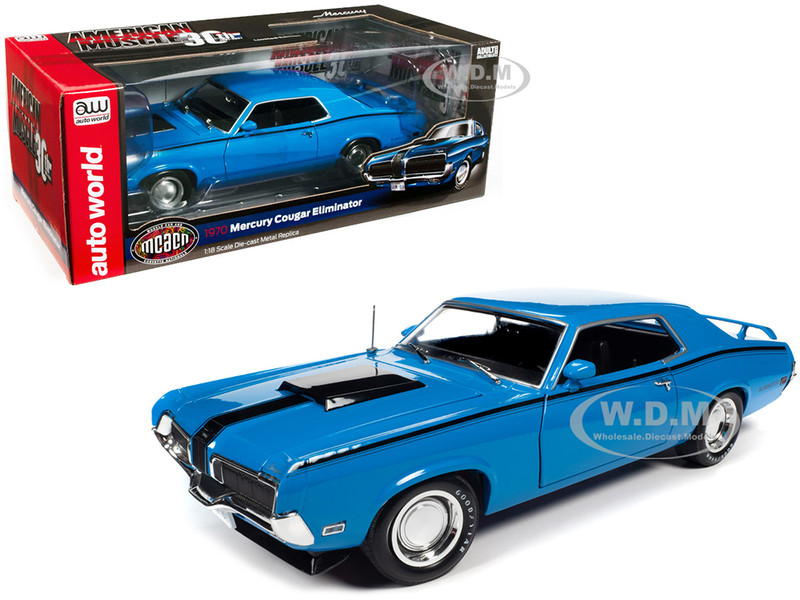 For 1969 and 1970, only a small percentage of the Mercury Cougar production were reserved for Eliminator models. 2,411 were built for 1969, and 2,200 for 1970. Dave Wyrwas, owner of the online Mercury Cougar Eliminator Registry, understands the importance of keeping historical records of these rare and important muscle cars. You can visit the registry at eliminator.mercurycougarregistry.com. Dave is also an avid collector of Ford muscle cars and a repeat attendee of the MCACN, showing a few of his prized cars.
On display at the 2019 MCACN was this beautiful Competition Blue 1970 Cougar Eliminator with black stripes and hood scoop. This example was also built with the legendary Boss 302 V8 engine­—one of only 469 for 1970. Incredibly, the car Dave Wyrwas displayed was an unrestored original. In October of 2017, it was also featured in-depth for Hot Rod Magazine. Auto World is proud to replicate this historical survivor!