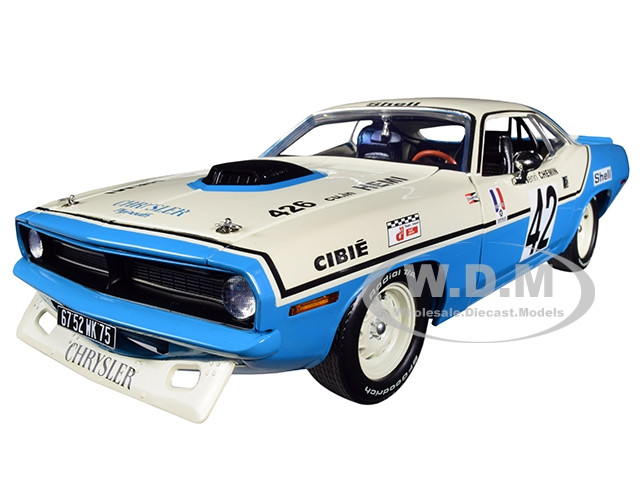 This Hemicuda was imported directly to Paris by Chrysler’s French Competition Group (Ecurie Chrysler) in early 1970 and went on to become the most decorated muscle car of its era winning in excess of 45 FIA sanctioned circuit and hillclimb races from 1970 to 1973. It was a three time French Group 1 (Touring Class International Category) Circuit Champion (71, 72 and 73) and a one time Hillclimb Champion (72). This was the car personally attended to by Henri Chemin, renowned pilot and Director of Chrysler Competition Group’s official French race efforts from 1968 to 1973. This Hemicuda remained the standard bearer for the official Ecurie Chrysler racing stable as it expanded throughout the early 70’s. Chemin personally enlisted the assistance of Matra’s (Ecurie Chrysler’s Joint Venture Partner) Lemans winning team of race engineers in setting up this car in order to ultimately master the hairpin turns of France’s famous circuit tracks as well as the rigors and treachery of France’s top hillclimb venues.