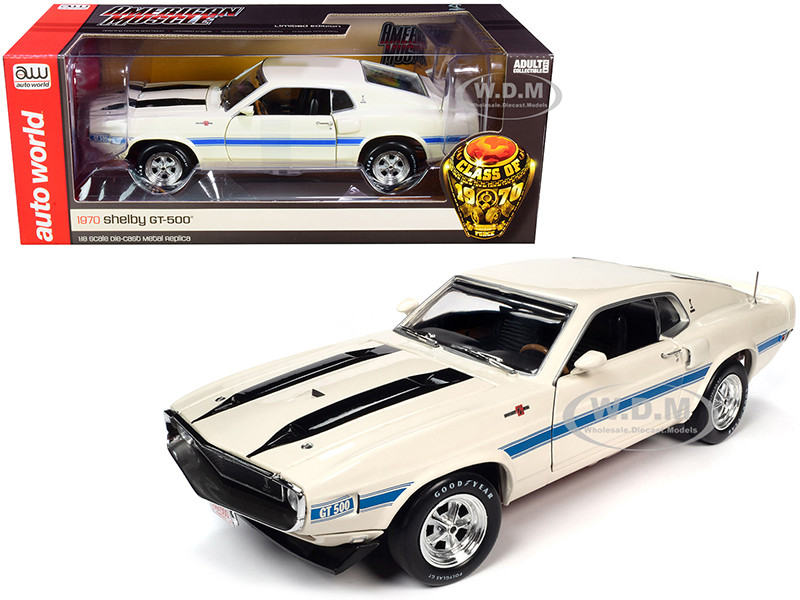 Arguably, the last year for the Shelby GT-500® was the 1969 model year. Technically, that's correct. However, unsold models from 1969 carried over into 1970. Along with emissions refinements, they were given a black hood treatment, a front chin spoiler, and were retagged with new VIN numbers with the help of the FBI. 1970 was the last year that the Shelby name would appear on a Mustang variant sold in the United States until 2005!
On the surface, the 1969 and 1970 models received a completely revised front end, plus a new hood with five fully-functional air vents. Under the hood was a powerful Cobra Jet Ram Air 428ci 7.0L V8 producing 405hp and 470 ft.-lbs. of torque.