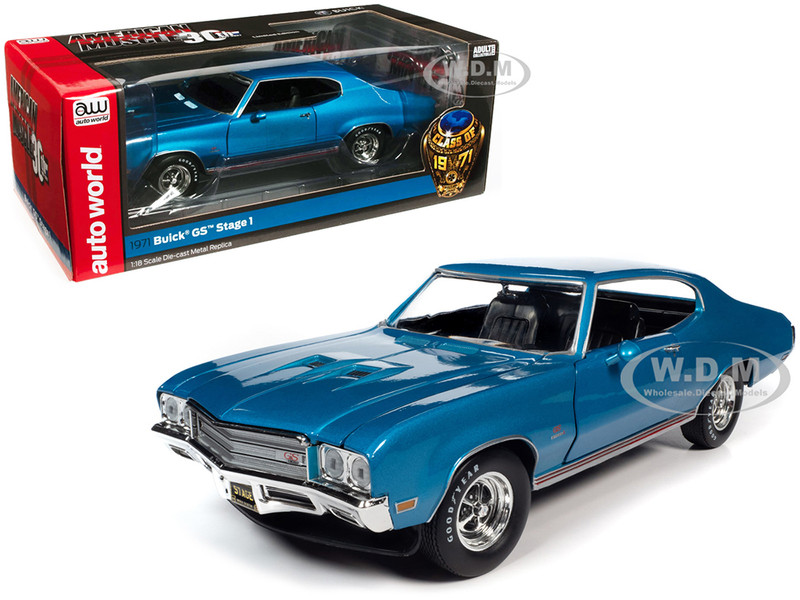 Many muscle cars of the late 1960s and early 1970s were stripped-down, no-nonsense versions of luxury models available elsewhere in their lineup. The 1971 Buick GS Stage 1 is the opposite. In 1971, Buick offered the most luxurious muscle cars in GM's wheelhouse. Only Cadillac offered more luxury, but they didn't build muscle cars.
Based on the Skylark platform, the GS Stage 1 was fitted with the largest engine made by GM—the 455. Paired with a 4-barrel Rochester Quadrajet carburetor, it was rated at 360 bhp SAE gross at 4600 rpm and 510 lb-ft of torque at 2800 rpm. The Stage 1 option utilized larger valves and higher compression, a larger camshaft, aggressive ignition timing, a Turbo Hydra-matic 400 3-speed automatic or the manual Muncie M-22 rock-crusher transmission. Relatively rare, there were only 801 units produced of the 1971 Buick GS Stage 1 hardtop.