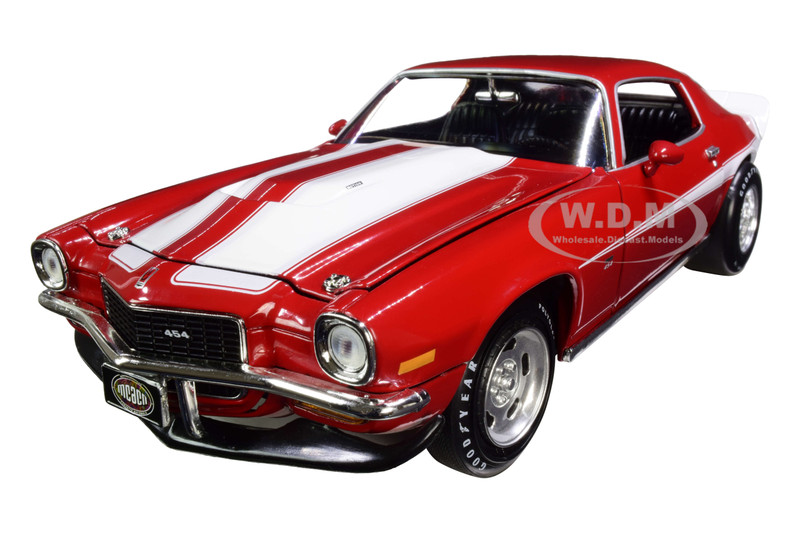 Owner Tim Burton purchased this very well-known car out of a private collection back in 2015. It’s been featured in several magazines over the course of the last 30 years, but had not been shown in a long time. Tim was excited to bring it out at the 2016 MCACN where it had quite a crowd around all weekend. This is a really special car. It’s just one of three known Baldwin Motion Camaros produced by Joel Rosen in 1971. Even further, this is the only one of those three that is still in survivor condition, showing just under 55k miles on the odometer. It was ordered with a 4-speed transmission, 4:10 gears and the famous 454 Phase III engine package.
The car was concours judged in the Day 2 Survivor Class at 2016 MCACN and scored 990/1000. This is a very well documented car, and known in the Motion community as the “Dentist’s Car” after Dr. Pacifico,who originally ordered the car new.