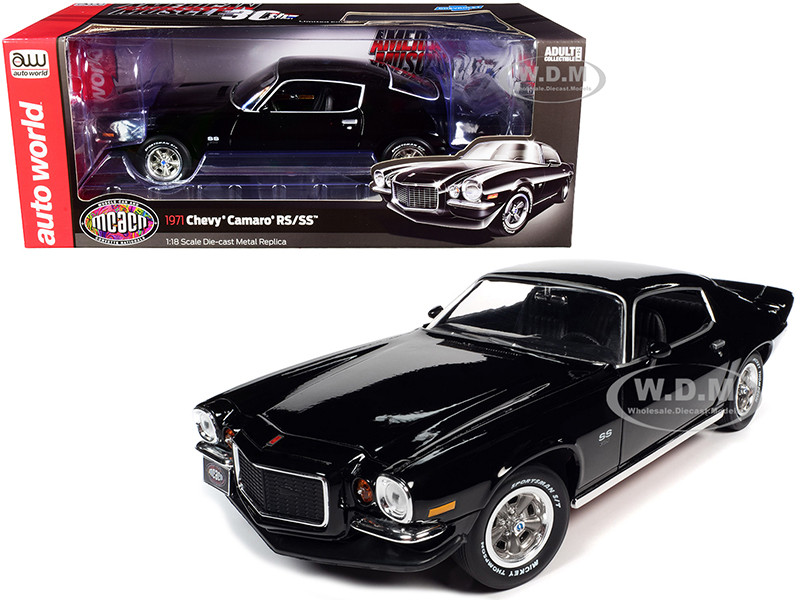 Since the 1970 model year of the Camaro was introduced in February of that year, not surprisingly, the 1971 model year only received minor changes. In fact, it was voted one of the ten best cars in the world by Road & Track Magazine in 1971! Sales were holding fairly steady at 103,452 units, with a total of 8,377 units produced with SS trim. Recently on display at Muscle Car and Corvette Nationals was this beautiful 1971 Chevy Camaro RS/SS. It featured the first-year-available Tuxedo Black paint, 350ci L48 engine producing 270hp, and also the M20 4-speed wide-ratio Muncie transmission. Only 6,844 Camaros were fitted with the L48 engine in 1971. Decoding the VIN, we also know this car was built at the Norwood, Ohio assembly plant and has the sequential vehicle serial number of #544701!