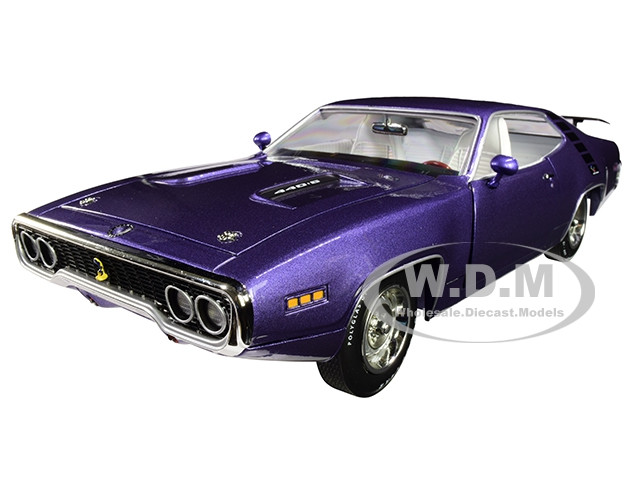 This Plymouth Road Runner sold new in August of 1971 at Carolina Motors, in Whiteville, North Carolina. A young lady purchased the car off the lot, and she drove it daily for about six months. Unable to make the payments, she turned the car into the same dealership in May of 1972. As a stroke of misfortune, the car was then stolen off the lot, and recovered without its engine and transmission. Afterwards, it was sold by the dealership as non-operating to someone who was going to make it into a race car, which never occurred. The car changed hands several times, losing many of its parts along the way. Eventually, it ended up out in a field in South Carolina, seemingly forgot.

With a passion for Mopars and seeing the value and rarity of this car, Dan Hodorowski purchased the car in 1994, meticulously restoring it back to original condition. Chrysler Corp. only built 246 examples of the 440 6bbl Road Runner in 1971, making this one rare bird. Options include In Violet paint, Super Track Pack, 4-speed, Decor group, Light group, and 15x7 Rallye wheels. The car was shown in the Color My World display at MCACN in 2014 by Aimee and Dan Hodorowski.