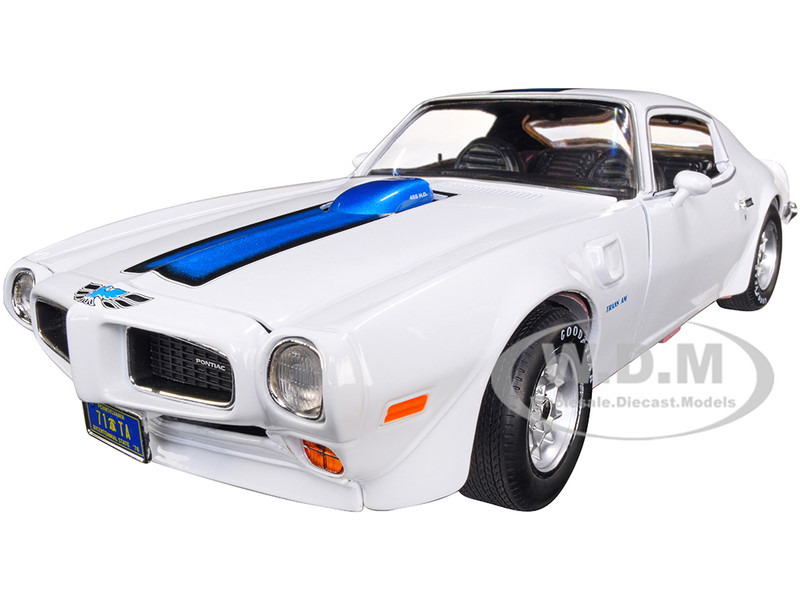 Completely redesigned for 1970 with drastic styling changes, the Pontiac Firebird made a huge splash in GM's muscle car lineup. Improved aerodynamics, voluptuous body panels, a low-sloping fastback and a functional shaker hood were just some of the major changes. New for 1971 were the optional honeycomb wheels. However, the biggest head-turner for 1971 was designated by a few unassuming letters and numbers on the shaker hood—"455 HO". 1971 was the first year the 335hp, round-port 455ci HO engine was available in the T/A. The 1971 455 HO engines used a heavy duty 4 bolt main block, round port cylinder heads (casting #197; with 8.4:1 compression), "Ram Air" style exhaust manifolds, and a two-part aluminum intake manifold. It bumped the torque to 480 lb-ft at 3600 rpm with 0-60mph around 5.9s. Only 2,116 units of the T/A were ever produced in 1971, making it one of the most desirable collector cars ever.