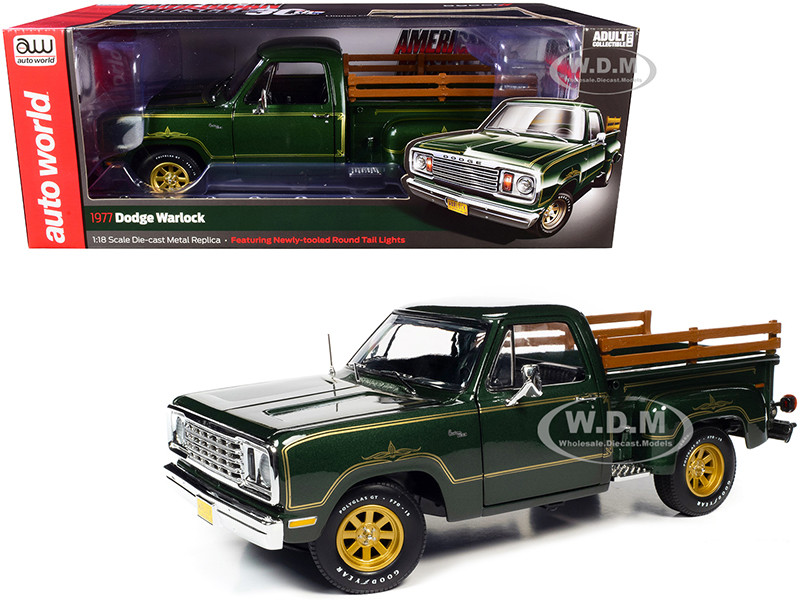 In the mid 1970s, pickup trucks were utilitarian workhorses and not very exciting. This created a groundswell of local customizers modifying their trucks adding the cool-factor back into their daily hauler. Dodge wanted to get in on the action, too. In late 1976, Dodge introduced the Dodge Warlock in limited numbers. By 1977, it was in full production. The Warlock was available in four colors: red, green, black, and blue. The hood, fenders, and tailgate were clad in rich gold pinstriping. Even the interior received some tricked-out pinstriping. Other accessories included custom gold wheels, wide tires, and natural oak side boards extending off the sides of the bed. Aside from the cosmetic touches, the Warlock could have come with the standard slant-six, the 318 with either the 2bbl or 4bbl carb, the 360, the 400, or the 440. Auto World has replicated the mid-line 360 in this highly-detailed 1/18 scale die-cast!