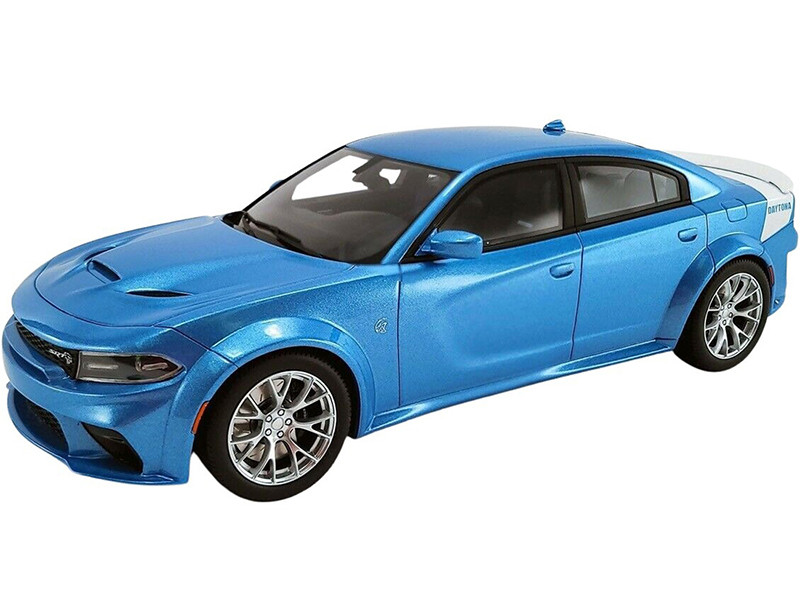 There also will be Daytona 50th Anniversary edition versions of the 2020 Charger Hellcat, produced to celebrate the half-century since the original be-winged Charger Daytona made its debut on NASCAR racetracks. Software tweaks add an additional 10 horsepower to the supercharged V-8's output, now up to 717. But don't expect much in the way of a measurable performance boost; 10 ponies are but a 1-percent bump in output. Wearing its own color-keyed deck wing, Daytona stripe tail graphics, and a re-trimmed interior, and only 501 will be produced, matching the number of original Charger Daytonas built in 1969.