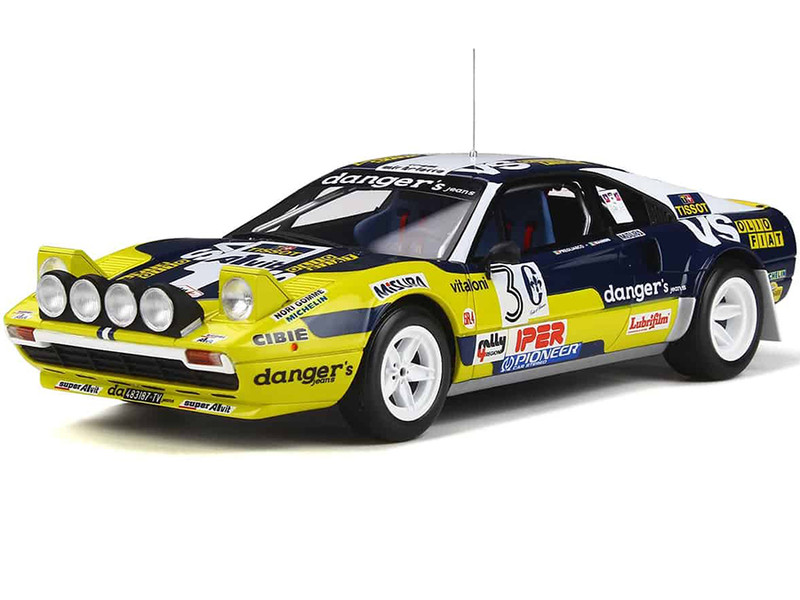 When we think Ferrari we think Formula 1. Yet there were also some Ferraris built for rallying! A terrain rather atypical for this kind of car but which did not scare the engineers of the Italian brand. Launched in 1978, the 308 GTB Group 4 had a difficult start with a lot of mechanical scrapes reflecting a real lack of reliability. Then, in 1981 and 1982, the 308 GTB Group 4 woke up and almost missed a victory in the world rally championship at the Tour de Corse '82 after becoming vice-champion of the European rally in 1981. With its yellow and black livery, Mauro Pregliasco gave a nice double to Ferrari (the only one in his rally history) in the Italian Rally 4 Regioni race in 1981, finishing 5 seconds behind Jean-Claude Andruet.