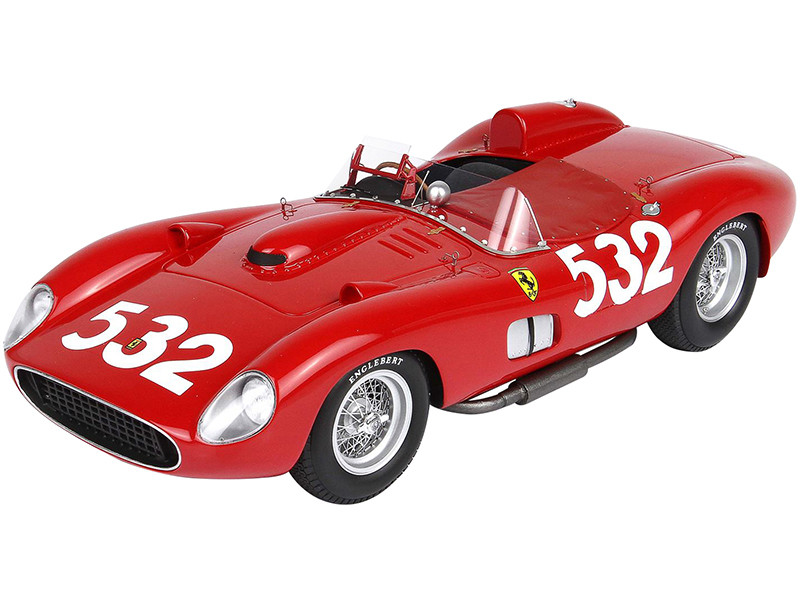 The 24 edizione Mille Miglia was an auto race held on a course totalling 992.332 miles (1,597.004 km), made up entirely of public roads around Italy, mostly on the outer parts of the country on 11–12 May 1957. The route was based on a round trip between Brescia and Rome, with start/finish, in Brescia. It was the 3rd round of the 1957 World Sportscar Championship season.
This race was won by Scuderia Ferrari driver Piero Taruffi without the aid of a navigator. He completed the 992-mile distance in 10 hours, 27 minutes and 47 seconds- an average speed of 94.841 mph (152.632 km/h). The Italian finished 3 minutes in front of his second-placed team-mate, the German driver, von Trips. Olivier Gendebien and Jacques Washer were next ensuring Scuderia Ferrari finished 1-2-3.
We offer you the version led by the legendary German pilot Wolfgang von Trips. Unpublished 1/18 scale model.