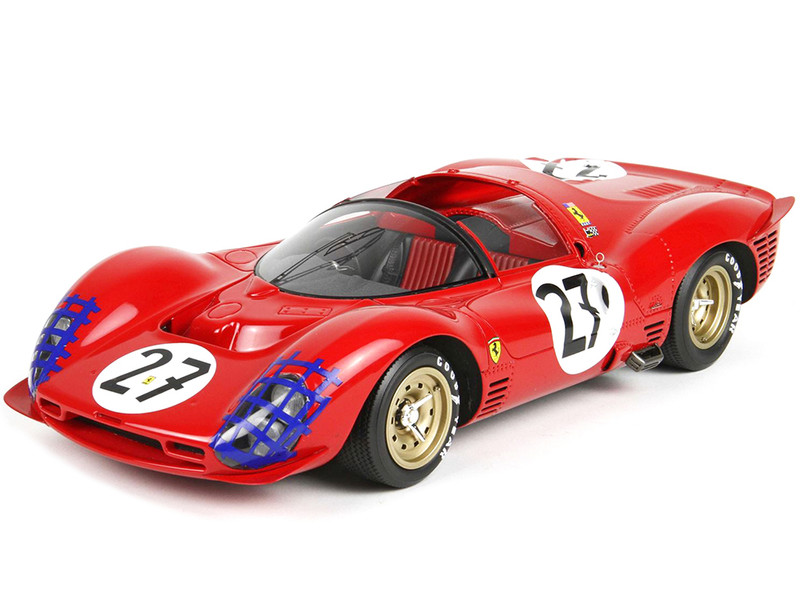 Development of Ferrari's 12-cylinder prototype racers accelerated in 1966 and 1967, and with good reason. Competition was steep, and Ferrari needed something with which to fight back -- and it developed the Ferrari 330 P4. With Carroll Shelby running its sports-racing program, Ford in 1965 wrested from Ferrari the Constructors International Grand Touring Championship. Now the American company was knocking on the door of Ferrari's domination in the sports prototypes class, with the Chevrolet-powered Chaparrals serious threats, as well.
Ferrari mounted its 1966 offensive with the Ferrari 330 P3. A stunning machine to behold, it looked menacing in a way Modena's earlier prototypes did not. Supporting the look were sophisticated mechanicals that benefited from a more-intensive cross-pollination with Ferrari's Formula 1 technology. An updated suspension with different geometry teamed with a monocoque chassis that used some stressed body panels in the center section.
The V-12 got new heads to take the Lucas indirection injection system that replaced the predecessor Ferrari 330 P2's Weber carburetors. A new Borg & Beck three-disc clutch was used with a ZF five-speed gearbox; most of Ferrari's earlier "P-car" gearboxes had been made in-house. Finally, there was a drop in weight: The P3 was more than 200 pounds lighter than the P2. Only Ferrari "works" drivers drove the 330 P3. Privateers were offered an updated version of the Ferrari 365 P2, the 365 P2/3. Save some suspension and brake updates, mechanically the model was a near-twin of the Ferrari 365 P2. The coachwork was a different story, combining as it did the lines of the 365 P2 with the driver’s compartment of the Ferrari 330 P3.