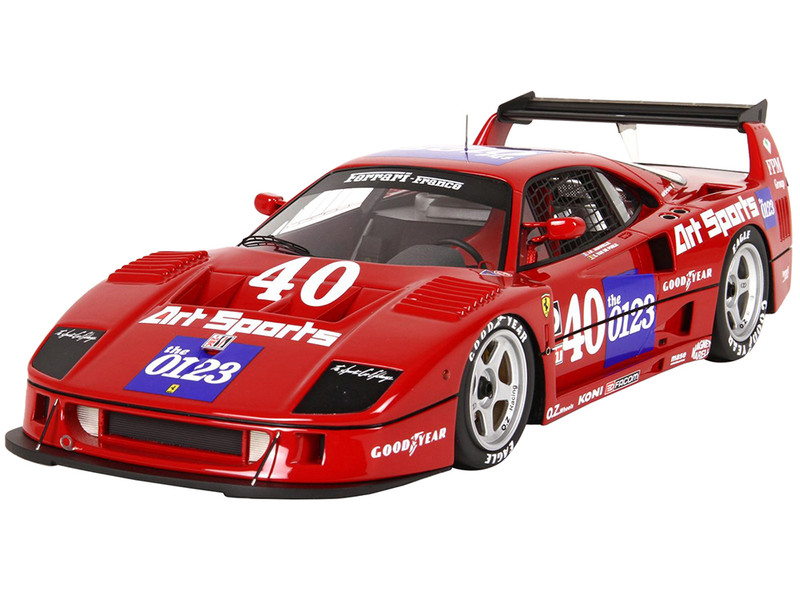 The F40 LM The F40 LM, one of the most memorable GT-based competition cars of the modern era, was the result of a successful collaboration between Ferrari, Michelotto, and Ecurie Pozzi. the F40 LM was designed to race in the IMSA GT Championship's GTO category, which was dominated by a series of factory-supported space-frame specials.. This Car The F40 LM presented here, 79891, is the second of just two examples built for Ecurie Pozzi's 1990 IMSA effort. The first F40 LM, chassis 79890, was completed in fall 1988 and underwent extensive testing at Fiorano before its maiden race at Laguna Seca in October 1989. With the experience gained from these early outings, Michelotto began to construct the second Ecurie Pozzi F40 LM, chassis 79891, on January 16, 1990. On May 6, 1990, 79891 made its competition debut at the Camel Grand Prix at Heartland Park in Topeka, Kansas. Driven by French Formula 1 ace Jean-Pierre Jabouille and Jean-Louis Schlesser. Today, 79891 is the sole example in private ownership.