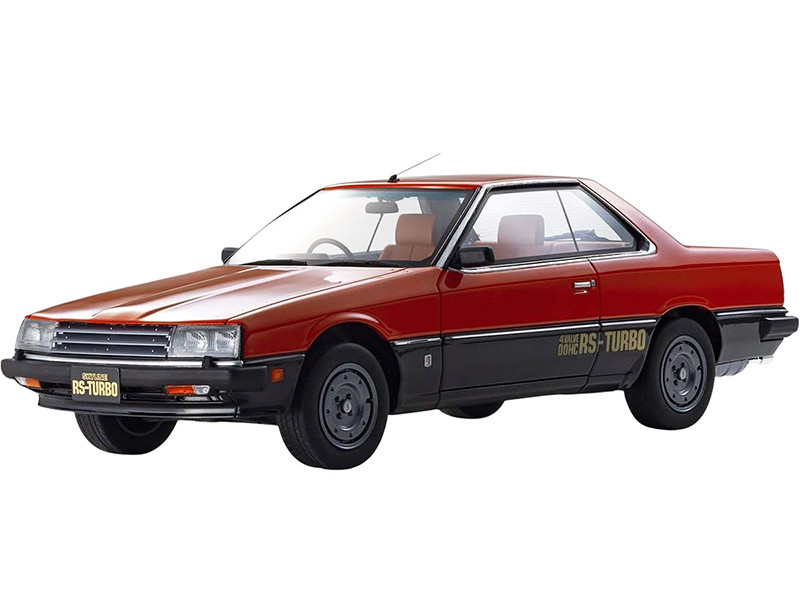 First released in 1981, the 6th generation Skyline was nicknamed the "Newman Skyline" in reference to the famous American actor who raced for and featured in Nissan TV commercials.
The lineup debuted with an inline 6-cylinder (GT) and inline 4-cylinder (TI) models that were followed 2 months later by the launch of the RS model.
The RS was powered by the FJ20 engine, which was the first to feature a DOHC 4 valvetrain since the S20. True to its origins in the Nissan Motorsport unit, the FJ20 is renown for its exceptional reliability and durability. Productivity and cost were secondary considerations in the specially designed cylinder block with camshaft that has a 2-stage double roller chain and valve with direct-acting lifter using an inner adjustment shim. While the 2L 150ps / 18.5kgm was comparable to S20, It was not given the GT-R name because it had 4 cylinders.
Japanese manufacturers adapted to the strict exhaust emission regulations, which intensified competition in higher performance and power. The FJ20 also improved significantly in a short period of time. Starting in 1983, the FJ20ET became the first Japanese produced engine to feature a turbocharged 4-valve DOHC with the Garrett T3 turbine increasing output to 190ps / 23.0kgm. While the so-called "big kick turbo" started supercharging from around 3500 rpm and required some attention to run well, its acceleration power was dramatic. This is the base for this model.
A minor change was made in the same year and the RS front face was changed from a conventional style "three slit grille" to "grilleless" earning it the nickname "Iron Mask" for its distinctive look. Furthermore, in 1984 Nissan released the world's first 4-valve DOHC turbo + intercooler "Turbo C". The 205ps / 25.0kgm spec exceeded 100ps/liter and was the strongest 2L of its time with the RS boosting the sportscar image of the Skyline, which had been held back by exhaust emission regulations.
In addition to production cars, the powerful Skyline image was further enhanced through the popularity of motor racing (Silhouette Formula) and features in TV dramas (Seibu Keisatsu "RS Gang"). However, the RS was replaced in the lineup when it was fully remodeled with the 7th generation released in 1985. Although its star rose for a short period in the in the 60-year history of the Skyline, its shone brightly for many people to remember fondly to this day.