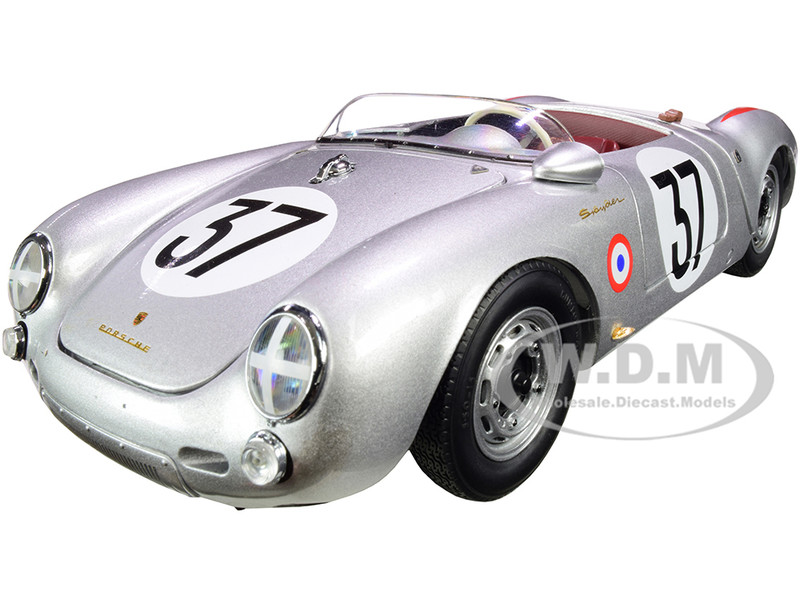 Porsche started to develop its first racing car in 1952 at its headquarters in Stuttgart-Zuffenhausen. This culminated in the launch of the Porsche 550 Spyder, which was based on the specs of the Porsche 356. This mid-engined car was equipped with a lightweight metal chassis and sported a 1.5-litre, 4-cylinder boxer engine known as the "Fuhrmann" engine. Weighing just 550 kg, the Porsche 550 Spyder helped the fledgling brand to develop its reputation as a manufacturer of lightweight, reliable and efficient sports cars. At the 24 Hours of Le Mans in 1955, the 550 Spyder was driven by the racing duo Polensky - von Frankenberg, who came fourth overall and first in the 1500 ccm vehicle class. Due to very high demand from racing drivers and well-heeled Porsche enthusiasts from the US, the 550 Spyder soon received approval for road use and could be ordered for 24,600 German marks at Porsche dealers.